When you first log in to play MapleStory, you'll be greeted by the Region Select screen. You should select the region that is closest to where you live. This will reduce potential latency and connection issues. 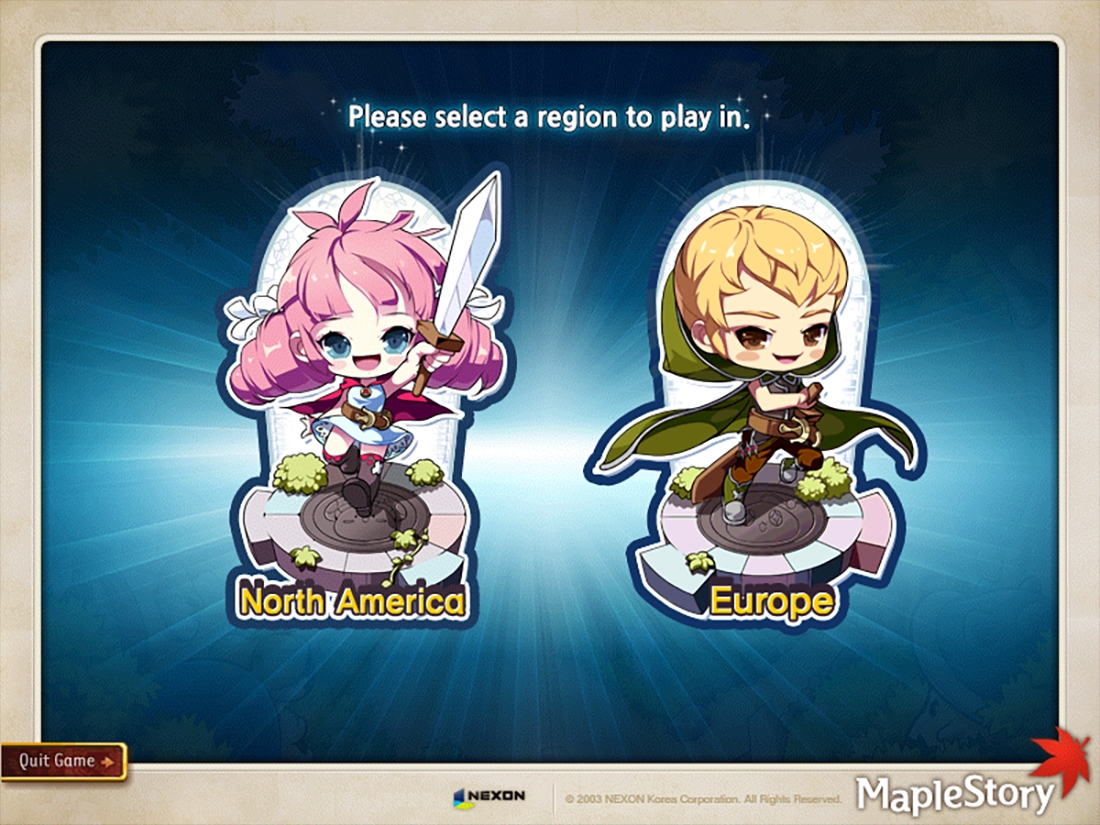 Next you'll be greeted by the World Select screen. If you already have friends playing the game, be sure to select the world they play on as you will be unable to interact with them while on different worlds. 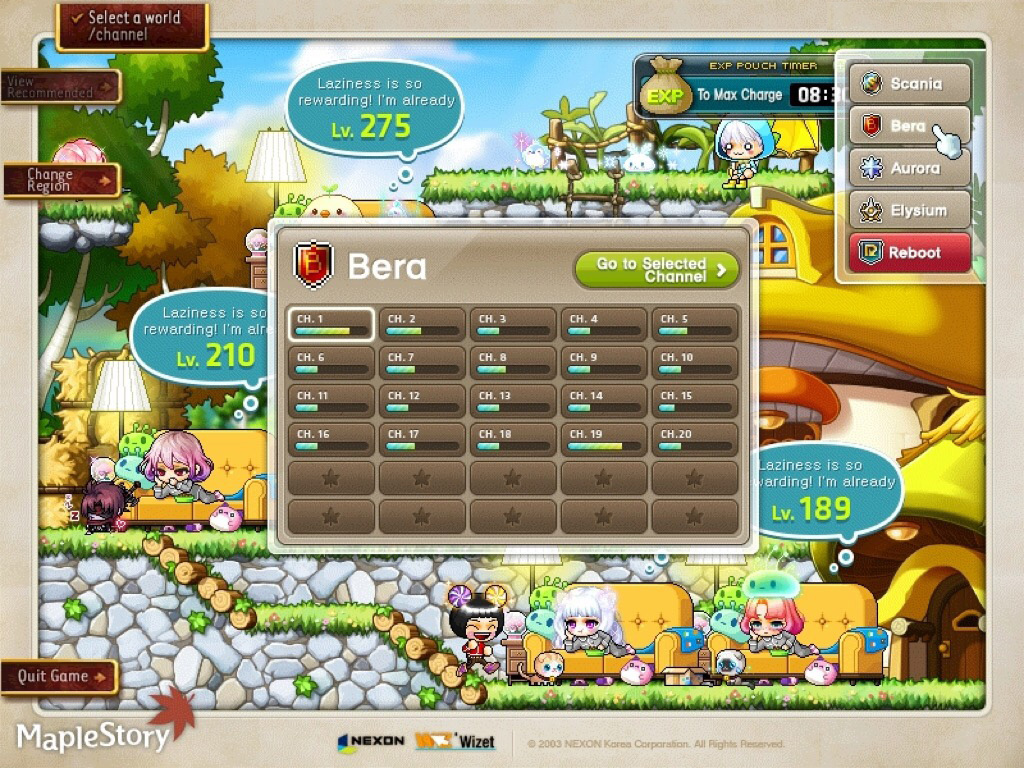 You can create multiple characters on each world, so go crazy with your character creation!

After choosing your desired world, you'll need to select a channel within that world to play on. All channels within a world share the same character data, so you can freely change between different channels within the world. You can determine how populated a channel is by checking the bar displayed inside each channel's box.

After you select a world and channel, it's time to create your character! Click the "Create Character" button on the bottom of the Character Select screen to get started.

There are over 40 characters to choose from—all have their own special abilities and most have unique stories and quest lines as well. Most characters have linear skill progression, but characters that fall under the Explorer, Cygnus Knights, and Resistance jobs can branch out and specialize at early levels. Different characters match different play styles, so try them all out to see which fits you best. 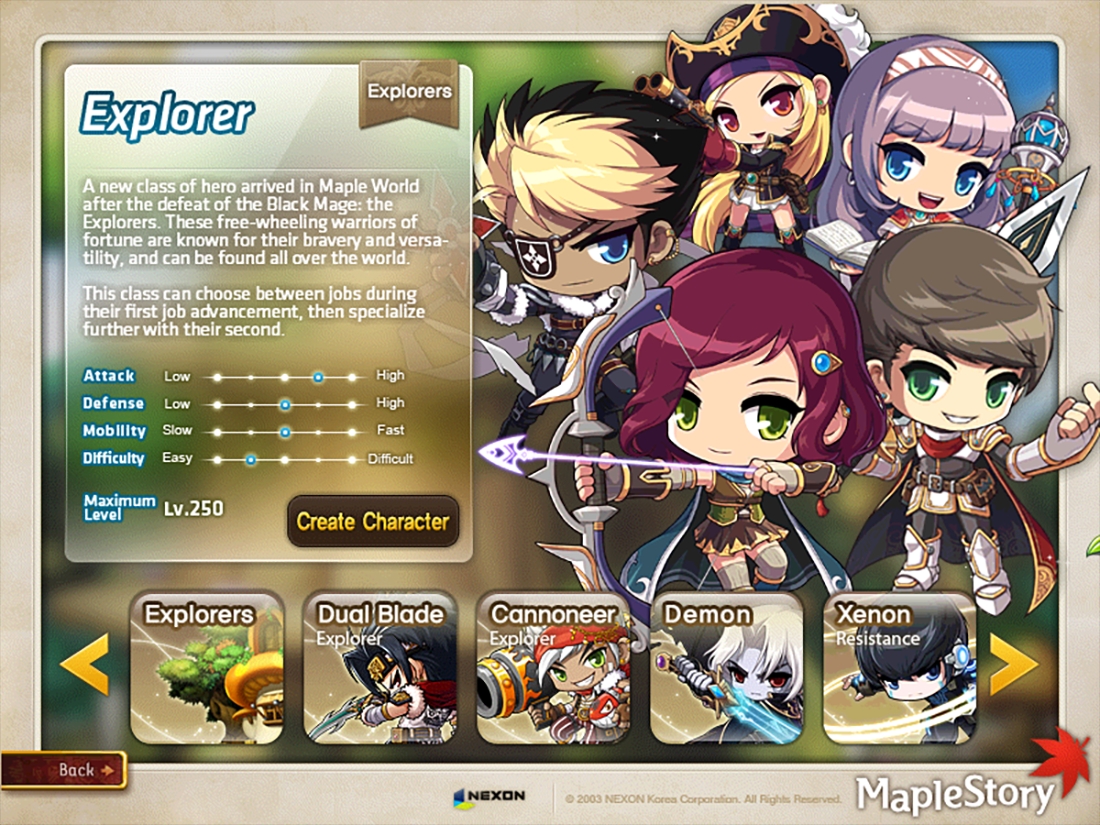 Only 8 characters can be created on each world per account initially, but you can buy additional character slots (up to a max of 42) in the Cash Shop. Occasionally, special in-game events will reward you with extra character slots as well. 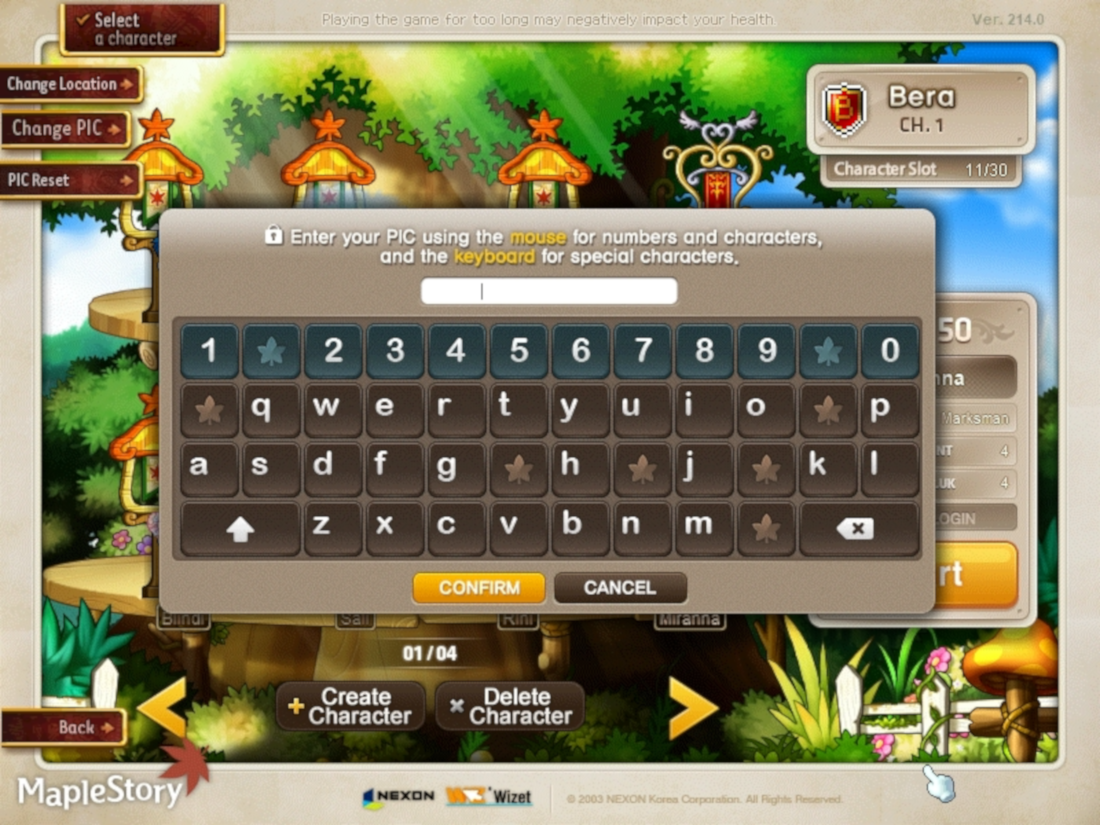 To keep your account safe, you are required to set a “Personal Identification Code” before you start playing. The PIC is a secondary password that must be entered when selecting a character—you cannot play the game without inputting it first. 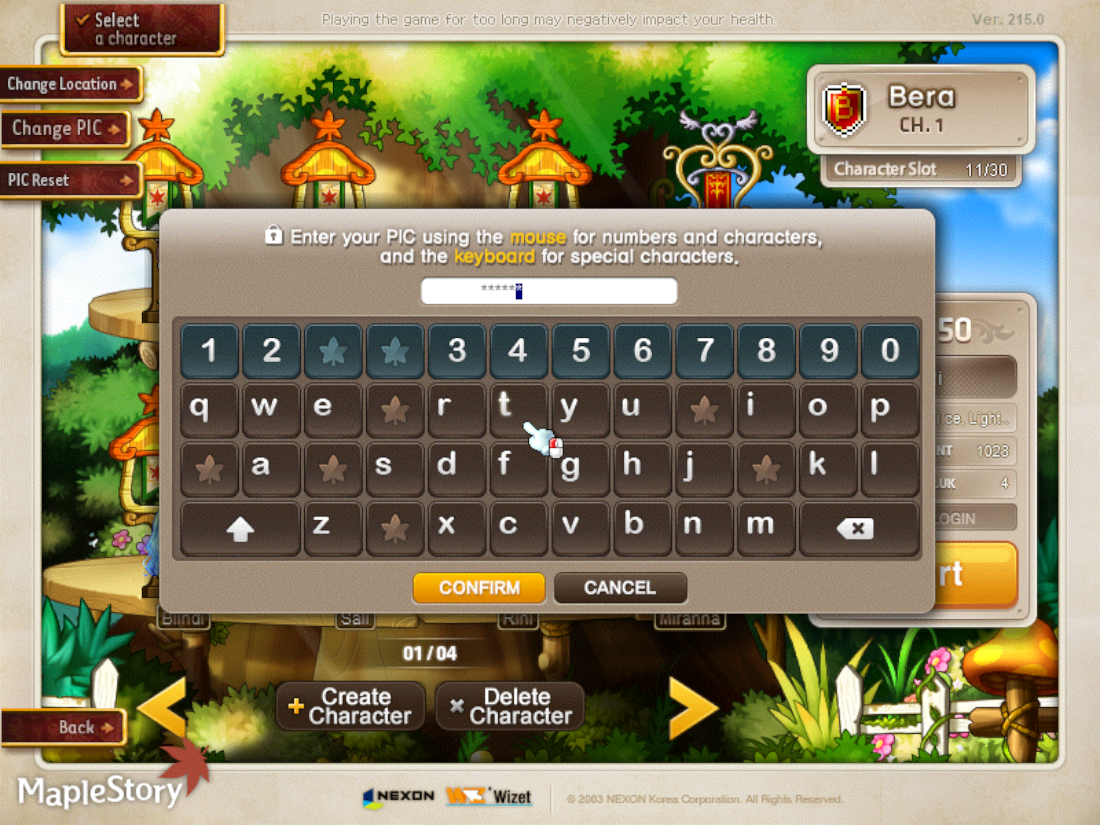 If you forget your PIC, you will be able to reset it by selecting Reset Your PIC from the Support section of the MapleStory site. Follow the link to complete the reset process.

Occasionally, you will be prompted to change your PIC. It is recommended that you reset it on a semi-regular basis, to keep your account secure.