HOME › THE GAME › MEET THE MAPLERS

MapleStory is home to a sprawling cast of colorful characters; some foes, some allies and some mysteries. Throughout your journey, you will encounter survivors of the war against the Black Mage, queens and knights, scientists and thieves, and many more. Below is just a sampling of some of the faces you’ll see. 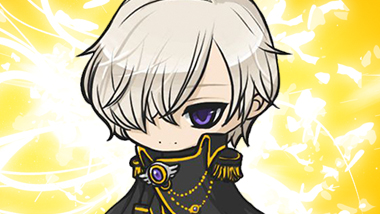 Following the Black Mage’s defeat, his surviving forces scattered to the wind. While the people of MapleWorld picked up the pieces of their shattered lives, Orchid, still mourning the loss of her brother, began marshalling the monsters still loyal to the cause. She formed the Black Wings, a sinister organization with one purpose: To resurrect the Black Mage and shroud the world in darkness.

The ritual that would bring their master back to life required a massive amount of energy, and the only place in Maple World that contained such a source was the Rue ore mines in the town of Edelstein. The Black Wings descended on Edelstein in the night and faced little opposition. By the dawn's light they had claimed it as their own and sacked the mines for all they were worth. 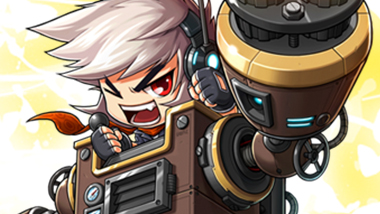 Edelstein was a quiet mining town known for its robotics manufacturing plants. Its people were kind and thoughtful and loved the simple pleasures in life. So peaceful was Edelstein that not even the legendary Cygnus Knights felt the need to keep a garrison there. This made it easy pickings for the Black Wings, who captured the city in the name of their lord, the Black Mage, who was born there.

But hope was not lost. A resistance was formed, rebels committed to repelling the invaders and returning their home to its former glory. But with Orchid commanding the Black Wings, will they succeed? 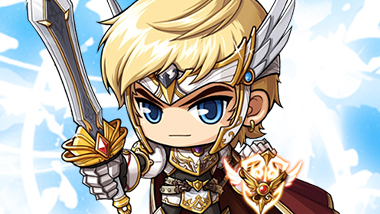 Following Empress Aria's tragic murder at the hands of the Black Mage's lieutenants, Ereve was left without a ruler to guide it. Centuries passed before Neinheart, Ereve's chief strategist, located the last living descendent of Empress Aria. A young girl named Cygnus, pure of heart and clear of mind, ascended to the throne, and led the empire into a new golden age. When word of the Black Mage's return reached her ears, Cygnus took action. She formed the order of the Cygnus Knights to help protect her people from the Black Mage's evil, though for many years they lacked a champion... until now. 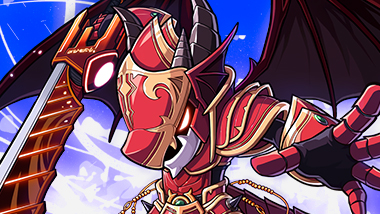 Many Maplers may not know it, but there is a world beyond their own. A parallel universe called Grandis, separated from Maple World by nothing more than a thin membrane, is home to several planets and their inhabitants, the noble Nova race. The Nova are enigmatic and keep their secrets to themselves, but what we do know is that they are half-human/half-dragon hybrids and sport tails, save for Tear, also known as the Angelic Buster, a tailless outcast who foiled a robbery attempt by one of the Black Mage's commanders. She has since transformed into a superhero armed with a powerful gauntlet. 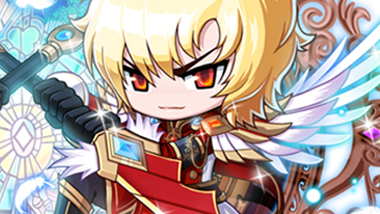 Alongside Maple World there lies yet another dimension: The Mirror World. Though it resembles Maple World in many noticeable ways, the Mirror World is its own unique reality, one the Black Mage and his servants have taken an interest in. One day, twisted monsters known as Darklings began spilling out of the Umbra Temple. The Shadow Knights were formed to stop them... but the organization also has a separate, more secretive purpose. 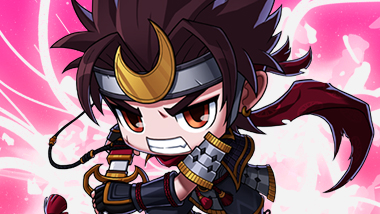 In yet another universe, in another time long ago, the nation of Japan lived in peace. An ancient prophecy spoke of doom lurking on the threshold, but none believed... until it was too late. A warlord by the name of Oda Nobunaga quickly rose to supremacy, and sought to gain the power of a mythical Demon King via an arcane ritual. His armies rolled over every force that opposed them as they marched on the Honnou-ji temple, located in the capital city of Kyoto.

Legend speaks of two great heroes—Hayato, a skilled swordsman, and Kanna, a mysterious priestess –who joined the fight and confronted Oda in the Honnou-ji temple. While Hayato traded blows with the evil warlord, Kanna disrupted his ritual with her magic. Just as victory seemed within reach, a strange light appeared and Kanna and Hayato found themselves transported to Maple World with Oda.

Now these brave heroes from Japanese antiquity must face their greatest foe once more, before his evil claims their new home... 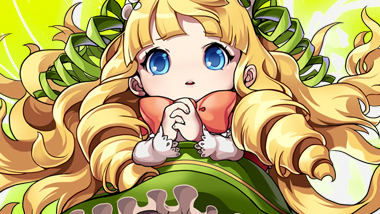 Though most Maplers are familiar with Rhinne, the Transcendent of Time, few know the legend behind Alicia, the Transcendent of Life. Also known as the World Tree, she is mother to all living things in Maple World. Long ago, the Black Mage tried to rob Alicia of her powers, forcing the Transcendent of Life to take refuge in the Root Abyss, a sanctuary deep beneath the town of Sleepywood. Now Damien, one of the Black Mage's commanders, has found her hiding spot and sent his forces into the sanctuary after her. The Cygnus Knights have answered her calls for help, and soon battle will be met... 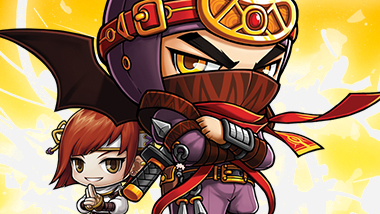 Even the most naturally gifted hero needs a wise old warrior to show them the ropes. MapleStory is home to many such teachers and each major class features their own Job Trainer. These include such colorful personalities as Jin, the Dark Lord and Thief trainer. Jin was once romantically involved with Lady Syl, the trainer for the Dual Blades, but they grew apart after Syl's father was murdered. Blaming Jin for the crime, Syl formed her own faction of rogue thieves, the Dual Blades, who have all pledged to assist her in her quest for revenge.

Other Job Trainers include Checky, trainer to the Mechanics, who is either a man in a bear costume or a walking, talking teddy bear, and Athena Pierce, the legendary elf archer and trainer to Bowmen the world over.

MANY MORE TO MEET

Heroes, wise masters and spacefaring aliens aren't the only people you'll encounter in MapleStory. There are so many exciting individuals to meet, and each town features citizens with their own unique personalities. Here is a sampling of just some of the townsfolk you'll speak to on your journey:

The selfish queen of Ariant. Areda only gained control of the kingdom after placing its former regent under a mysterious spell.

The wise old leader of Henesys, one of Maple World's major towns.

An expert on magical indgredients, always accompanied by his faithful dog.

An ordinary girl who discovered Luminous following his climatic battle with the Black Mage. She nursed him back to health and became one of his truest friends.

A former minion of the Black Mage. The Demon saved Mastema’s life, and afterwards she defected and became his most loyal companion.

A main strategist to the Cygnus Knights, and the man responsible for sending them on quests and missions.

Lord of the whales... as in the marine mammals.

The perpetually grinning ringleader of the famous (or infamous, depending on who you ask) Monster Carnival.