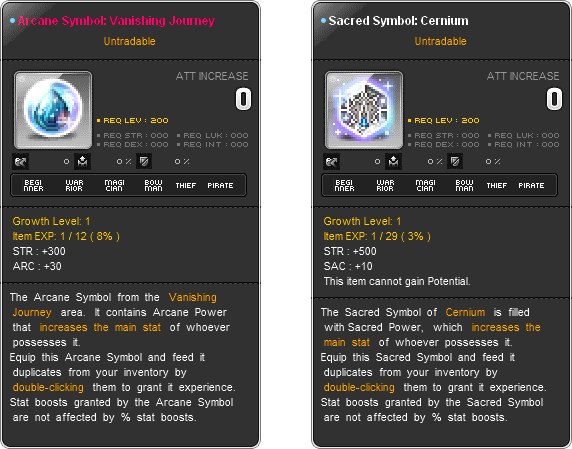 Once you complete the Arcane River entry quest, 'Record of Power', the [SLOT] button on the Equip tab will turn into an [ARCANE] button, where Arcane Symbols can be found. You will also gain access to the Sacred Power window via the [SACRED] button upon completing the Grandis Continent entry quest 'A Divine Power'. 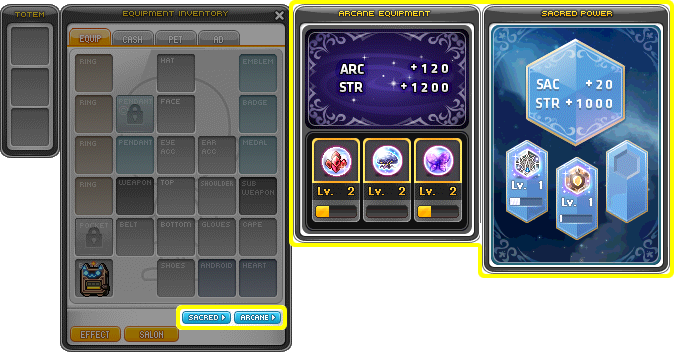 When you complete the higher-level Arcane River regions' daily quests, the number of quests you receive from Rona will be reduced.

When you are able to complete the higher-level Arcane River regions' daily quests, you will be given the opportunity to immediately complete Arcane River daily quests. You can obtain rewards based on the highest record you have set that day upon immediate completion.

Complete the story quests for each region, and then you can obtain Sacred Symbols from the Daily Quests for that region. 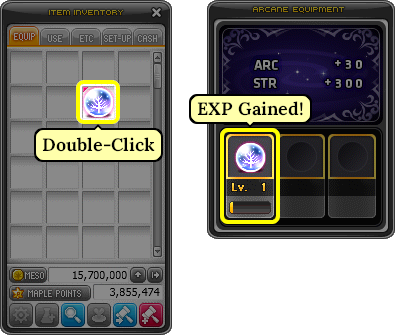 Double-click on the same type of Arcane or Sacred Symbol from the inventory as one you have equipped in order to level-up the equipped Symbol, absorbing the duplicate symbol. The higher the level of your Symbol, the greater Arcane/Sacred Power and more bonus stats you will gain.

Leveled-up Arcane Symbols can be transferred to other characters within the same world using Arcane Catalysts, which can be purchased from the Legion Coin Shop. 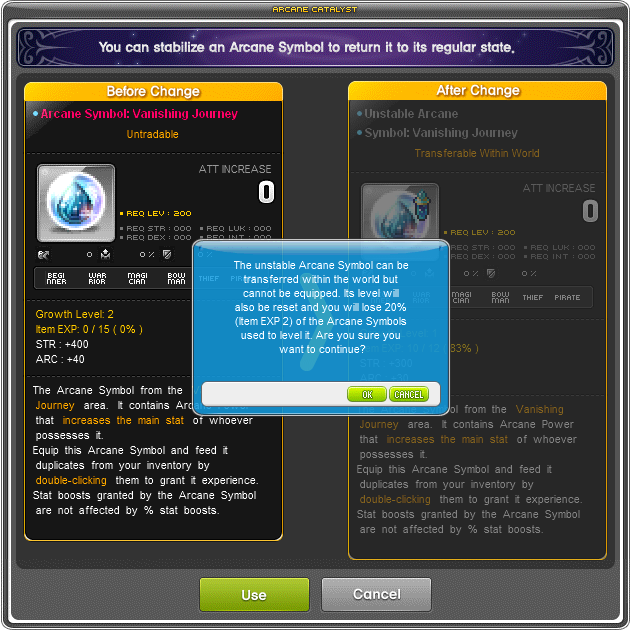 Checking Your Arcane and Sacred Power

Your current character's Arcane and Sacred Power value can be viewed on the Character Stats > Details > Detailed Stats screen. 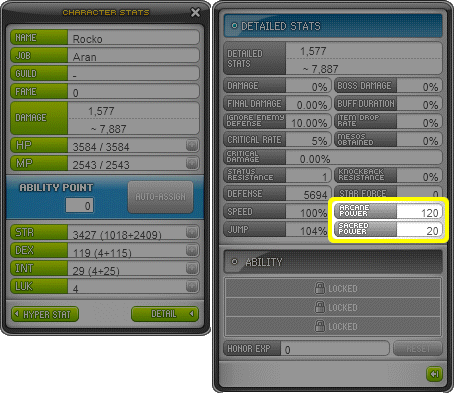 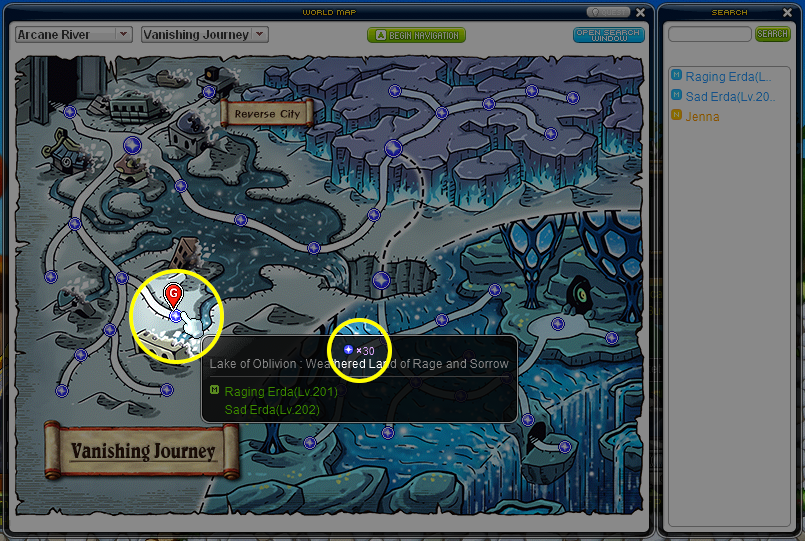