What are Random Portals?

Enter Random Portals that might suddenly appear out of nowhere as you eliminate monsters near your level, and earn an incredible amount of EXP and other rewards! 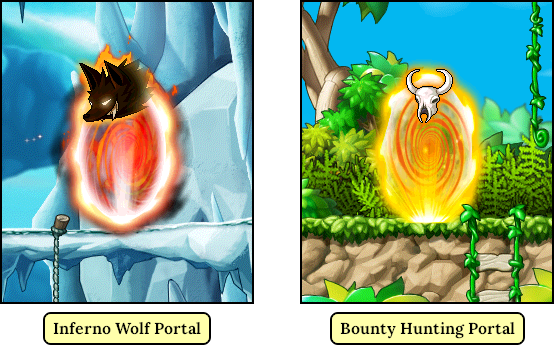 Eliminate the Inferno Wolf along with other players within the 30-second time limit! 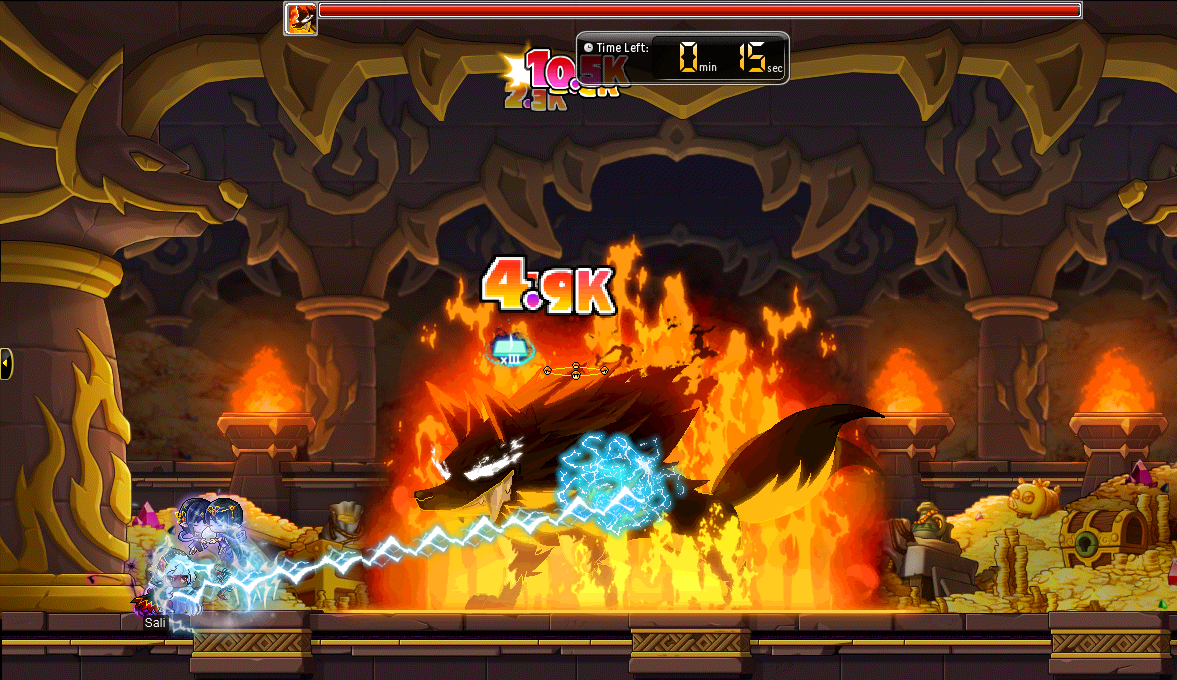 The EXP and other rewards earned will depend on the amount of damage you dealt to the Inferno Wolf before time elapses. When the Inferno Wolf is completely eliminated, you can click on the lightbulb icon above your character to claim your rewards. 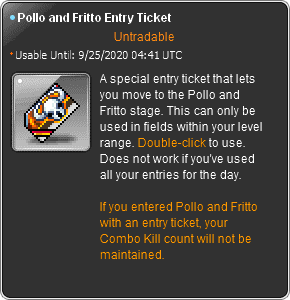 Protect Pollo by eliminating the monsters that swarm him for 3 minutes! 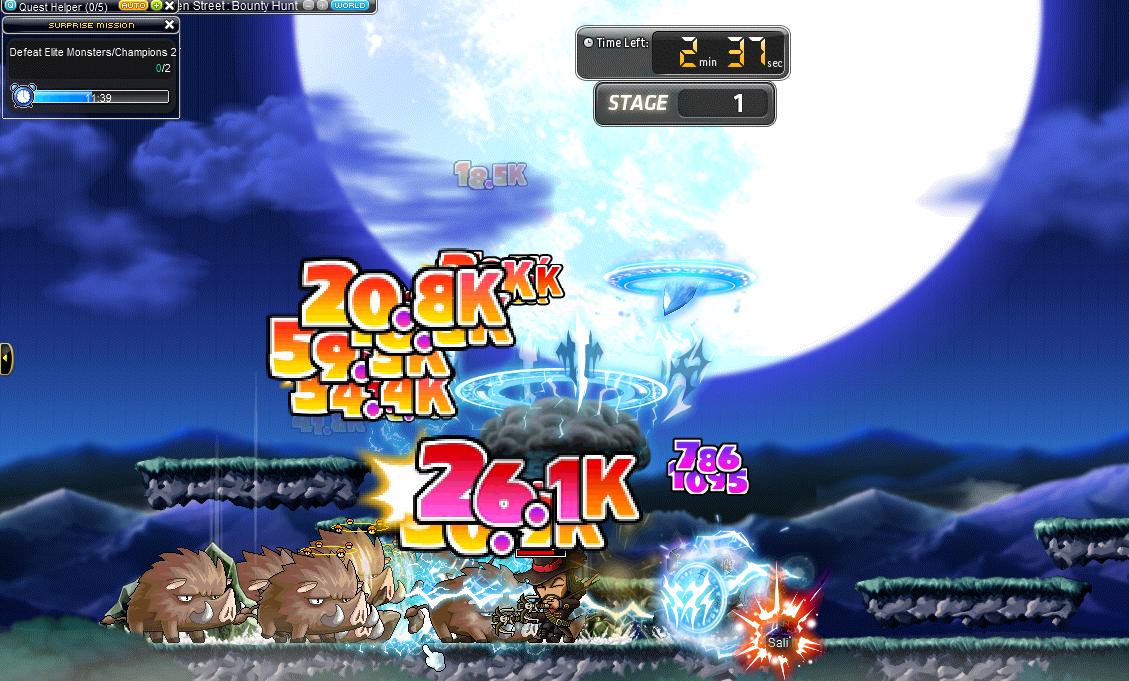 You gain EXP immediately upon defeating monsters, but if Pollo's HP reaches 0, you will fail the challenge and be forced to leave the map.

Protect the town nestled behind the castle walls for 5 minutes, defeating the monsters seeking to sack it!

You gain EXP immediately upon defeating monsters. Use the arrow portals to quickly move up and down between the platforms. When a monster manages to get past you and through into the Castle Gates, you'll lose one LIFE, and if your LIFE reaches 0, you'll fail the Bounty Hunting mission.

Find Stormwings that are hiding among the many monsters of the area before time expires! 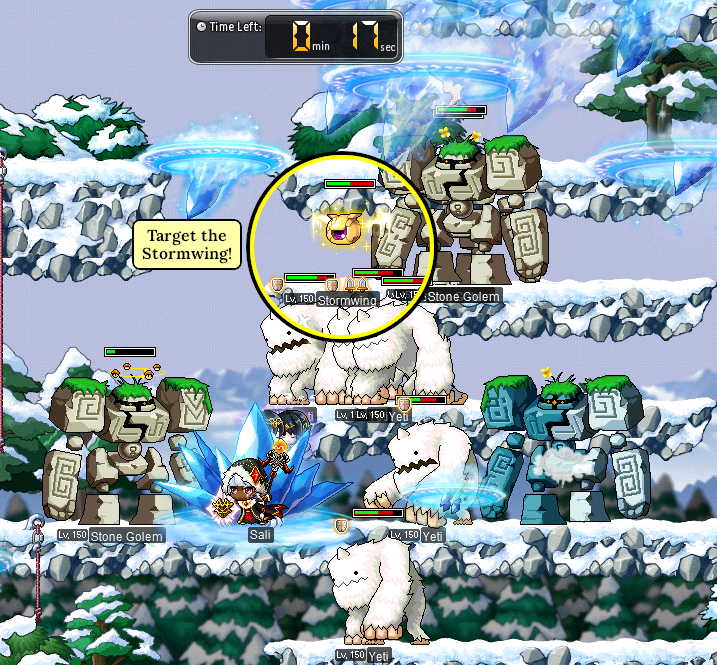 You'll start the hunt with a 30-second time limit, and every time you eliminate a Stormwing, you'll add another 6 seconds to the time limit. Up to 5 Stormwings can be eliminated, and you'll receive EXP for every enemy you defeat. Once you've defeated 200 monsters, you'll have succeeded in the hunt and be taken to the exit map.

Aim with your cursor to hunt eagles and earn points! 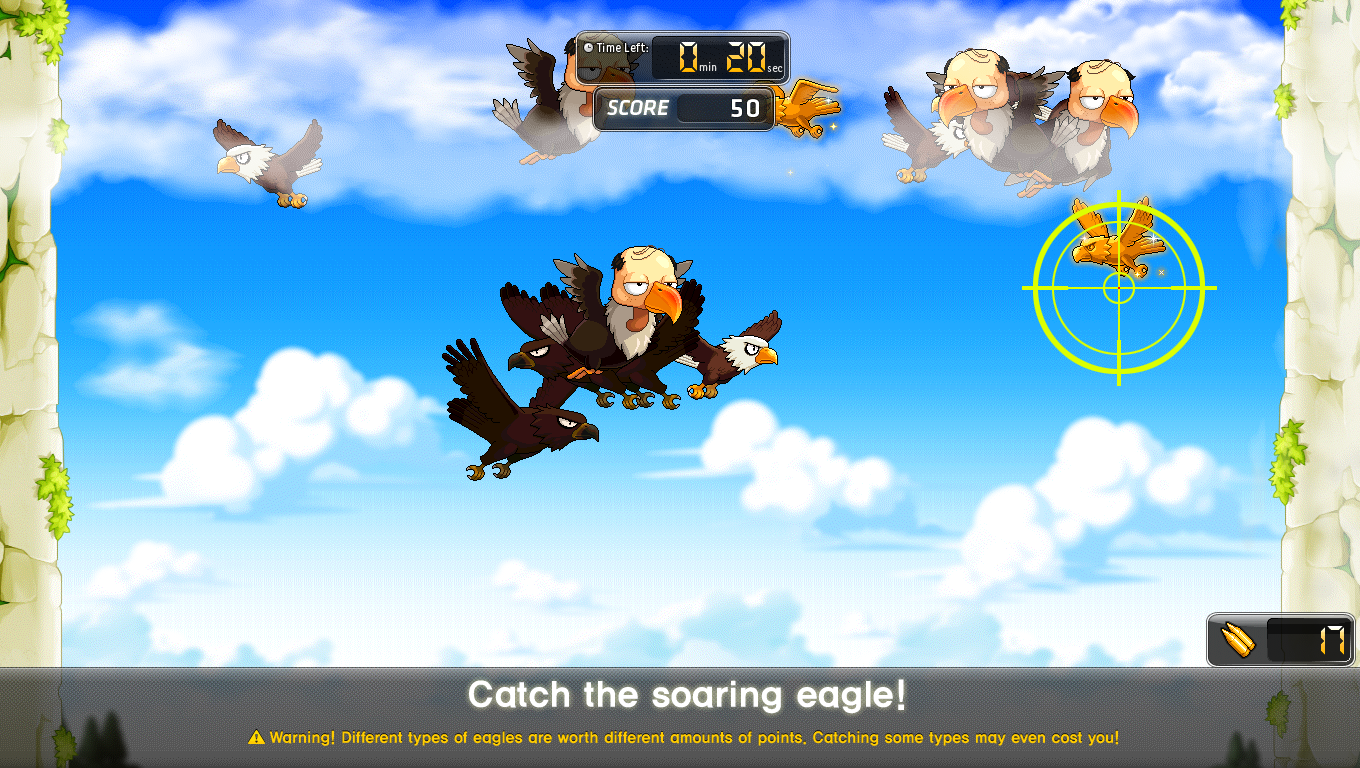 You can earn a different amount of points depending on the eagle type, ranging from 200 points for Gold Eagles and -50 points for Bald Eagles. You can take a total of 20 shots within the 30-second time limit to reach the maximum of 1,000 points, so pick your targets carefully and don't miss! Once the time limit elapses, you'll earn rewards based on the amount of points you've earned.

Find the portal that leads you to the top and seize the Dragon Egg! 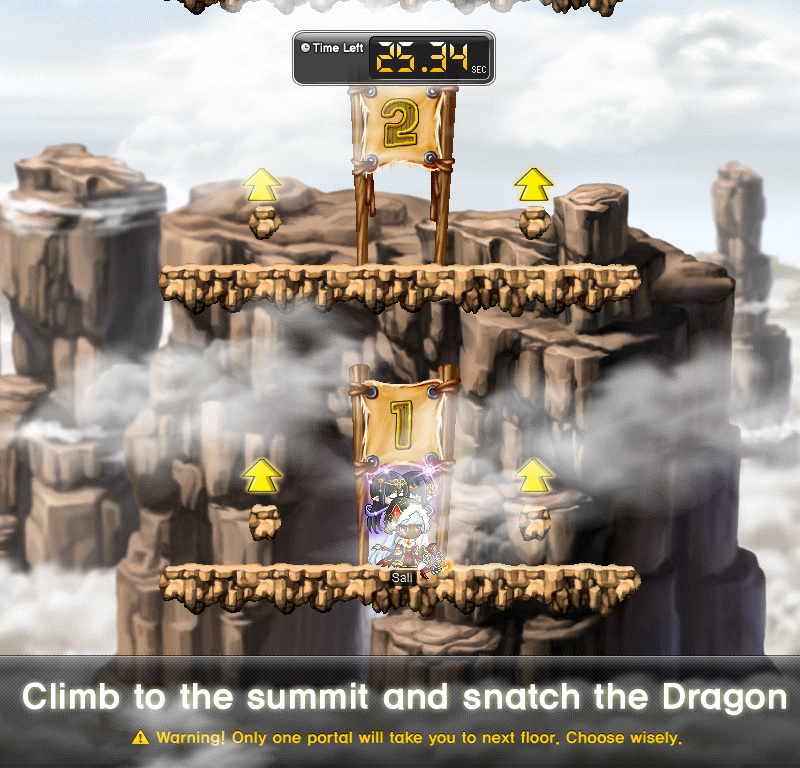 Each floor has two portals, one will lead you up a floor, the other will end the Bounty Hunt. You'll receive greater rewards based on the number of floors you've reached.

Enter commands within the 60-second time limit to... well, seduce the chicken! 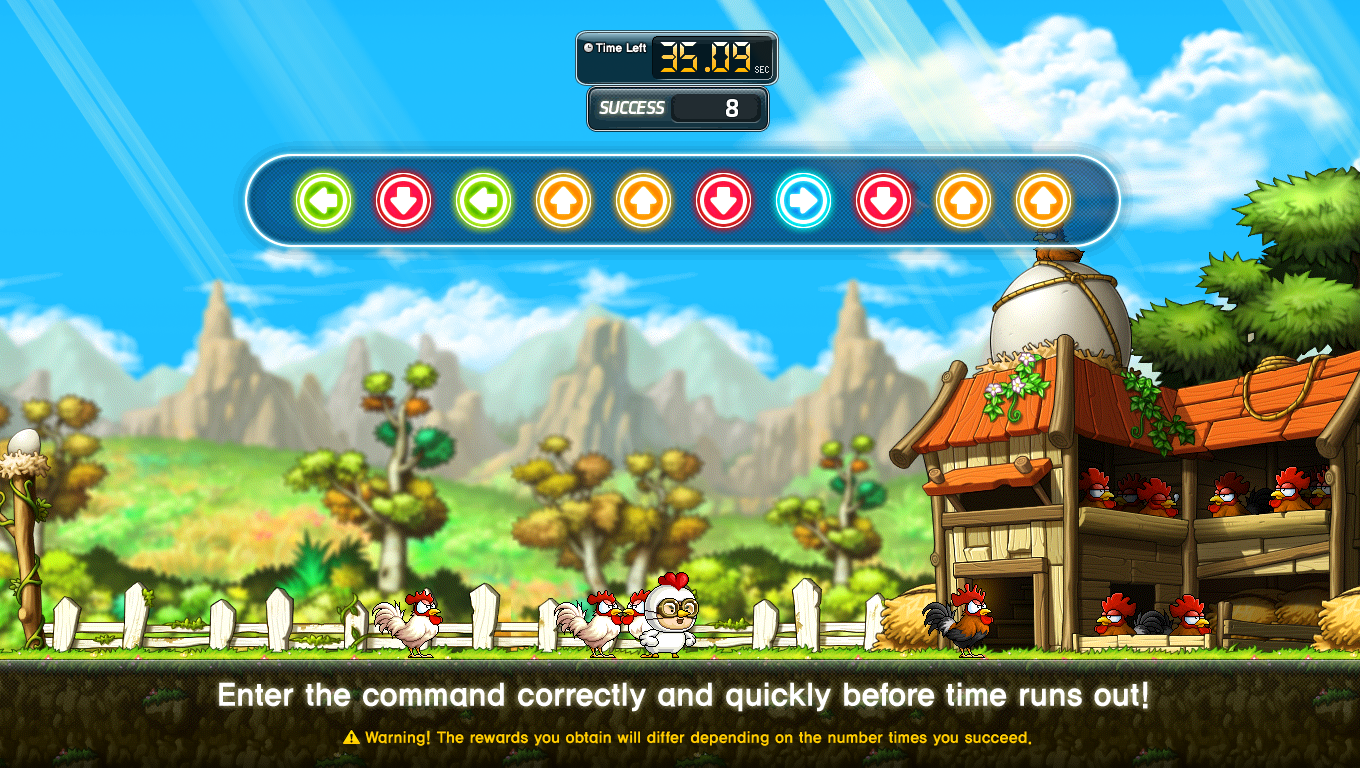 The more you succeed, the number of commands you need to enter increases as well. The more precise you are, the better rewards you'll get. Keep going for the maximum rewards!

Catch the treasure pouches that Fritto has stolen from the Inferno Wolf's hideout! 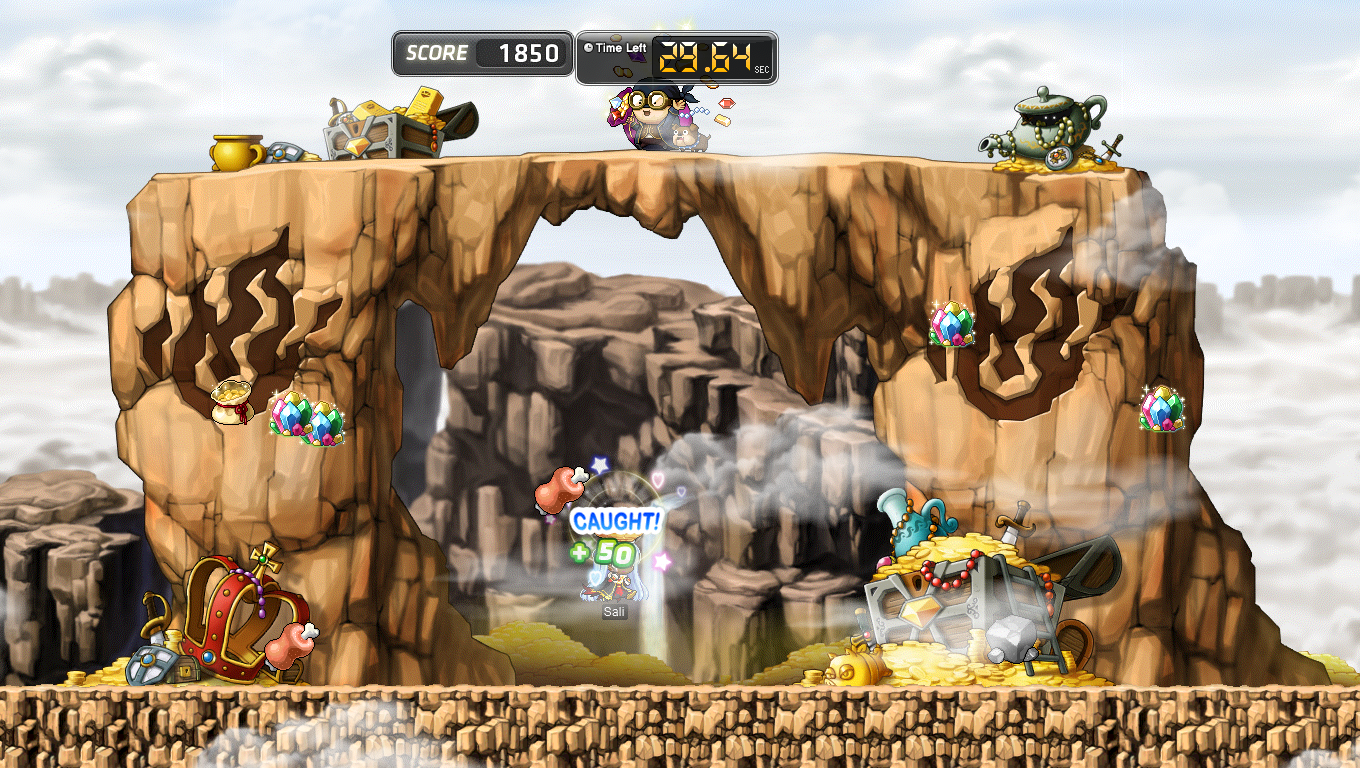 You can use the directional keys and jump keys to catch the falling treasures. Points you obtain depend on the treasure type. You automatically exit the map once you either reach 2,000 points or when 60 seconds have elapsed. 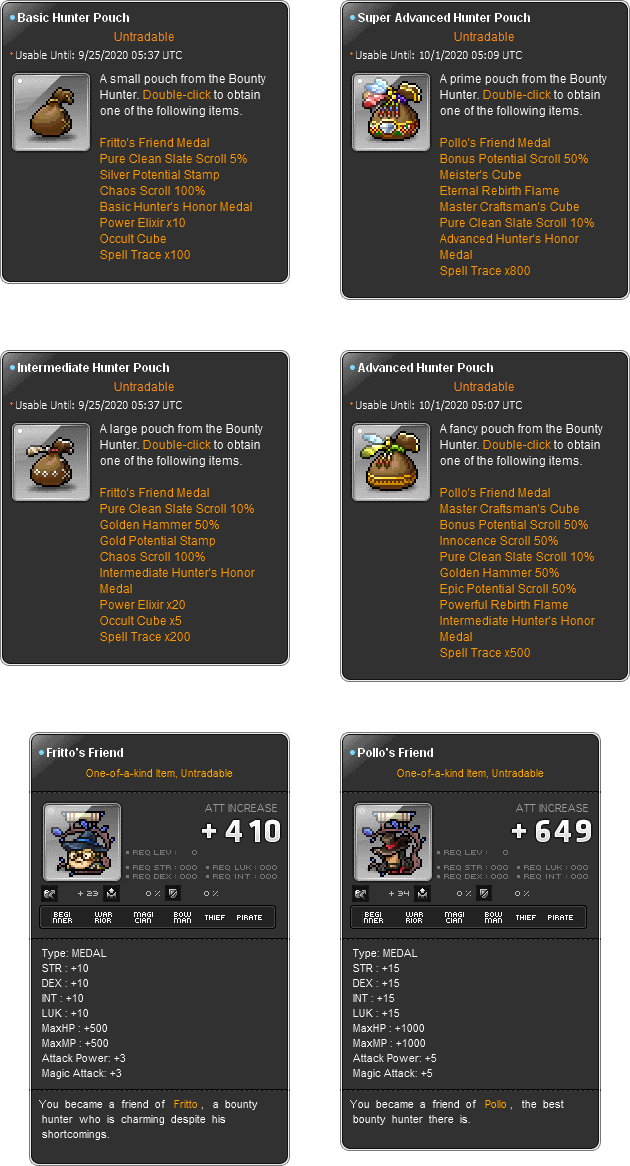