What is a Guild?

A guild is a group created by like-minded people to enjoy the game together, where they can gain the benefits of various perks, including Guild Skills, Guild-Exclusive Items, and Guild Activities. You can create your own guild, or request to join another guild to enjoy special adventures with friends (and make new ones!).

You can move to the Guild Base: Hall of Heroes through Lea in each town or through the Guild UI. 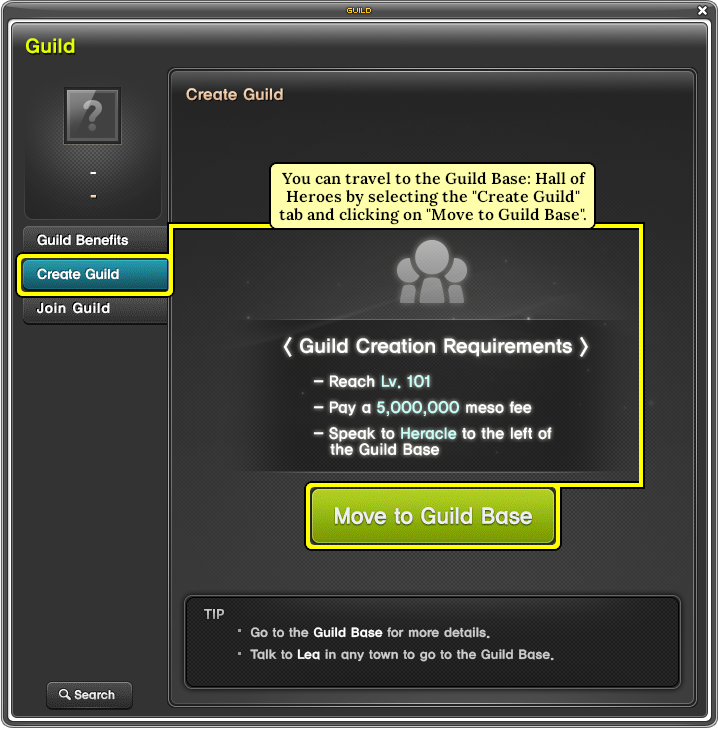 You can bring up the Guild UI with the default hotkey [G].

If you are not yet a member of a guild: 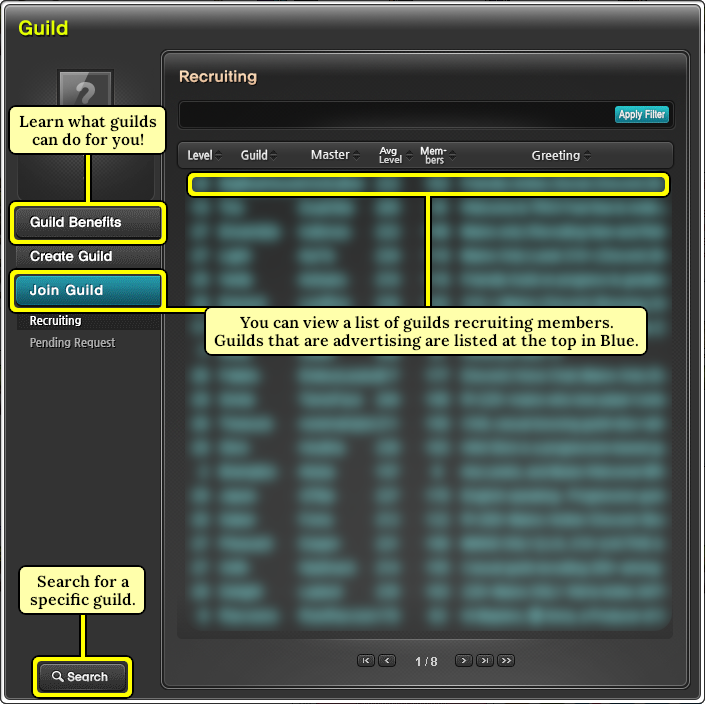 If you are a member of a guild: 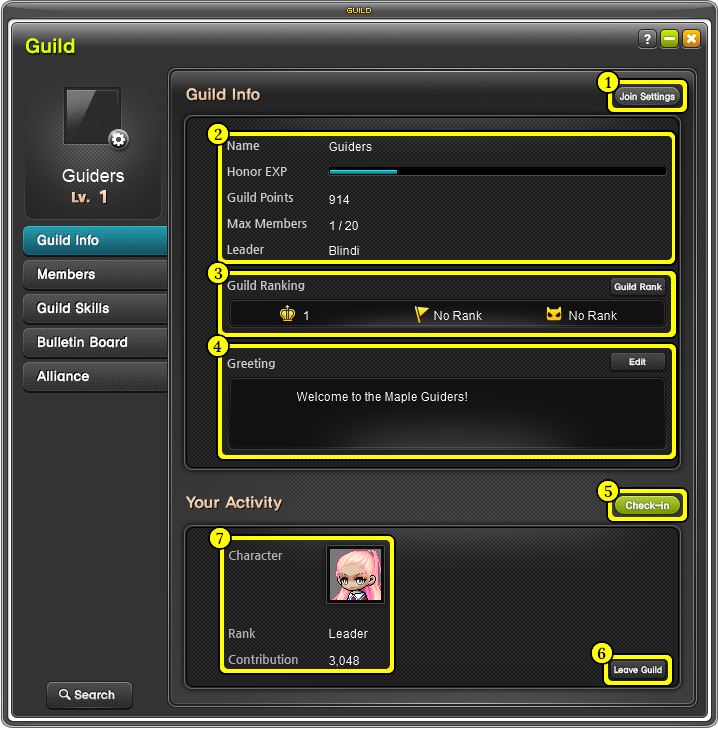 You can gain Contribution Points via the activities below:

Guild Points (GP) are used in various places, such as Guild Advertisements and Guild Megaphones, as well as Guild Expansion, Guild Emblem change, and more. 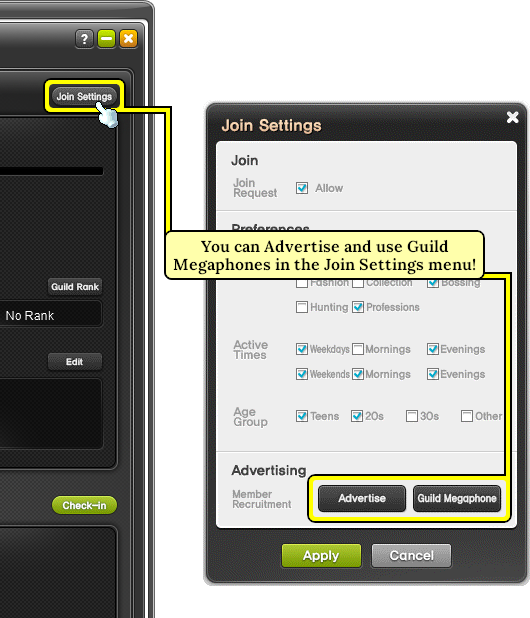 When you press the [Join Settings] button in the Guild UI, you can use [Advertise] and [Guild Megaphone] to help spread the word about your guild. Each use of the Advertise and Guild Megaphone feature costs 1,500 GP. 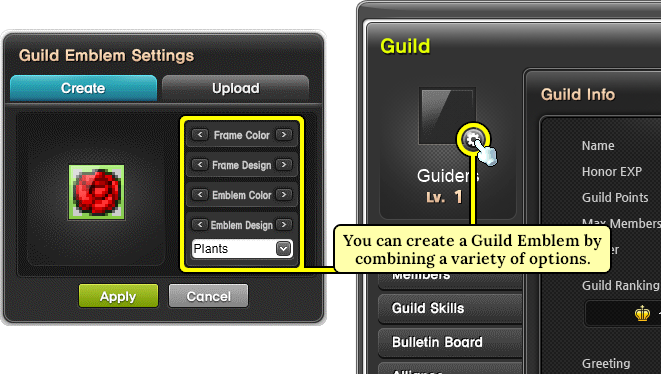 You can spend 150,000 GP to change the Guild Emblem, using a collection of symbols, colors and backgrounds to create an emblem that truly reflects your guild. 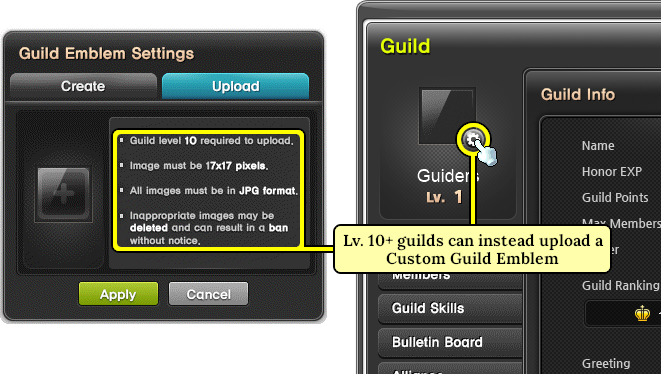 Lv. 10 and higher guilds can also upload a custom 17x17 JPG to act as their Guild Emblem, in exchange for 225,000 GP. While you are free to unleash your creativity to create the best emblem possible, please be careful when creating your Guild Emblem and keep the following rules in mind: 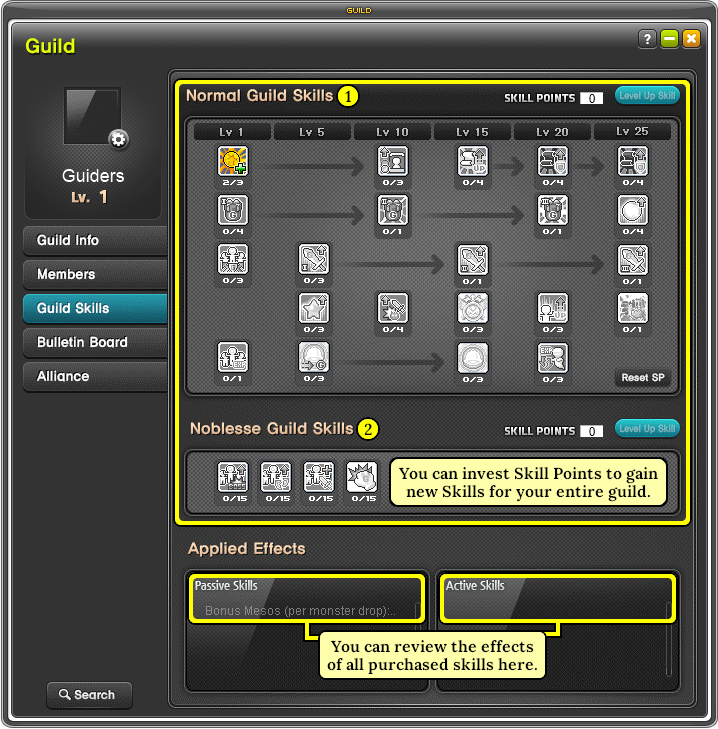 For Normal Guild Skills, with each level a guild increases by, it also gains 2 Guild Skill Points, and may unlock new skills. The Guild Master can invest in or reset the existing skills through the Guild UI.

Skill points for Noblesse Guild Skills can be only obtained through the Sharenian Culvert and Flag Races. Guild Masters can invest the obtained Skill Points to learn additional skills!

Sharenian Culvert and Flag Race can be accessed through the Guild Contents menu, which also tracks your guild's score, rank, rewards and more from Weekly Missions, Sharenian Culvert, and the Flag Race. 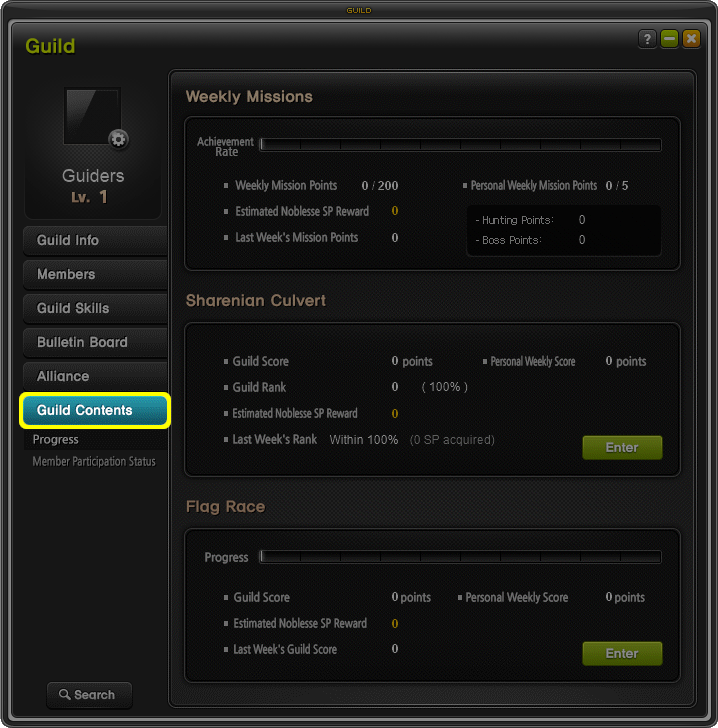 A grid of ancient Sharenian waterways, long thought to have disappeared long ago, have been rediscovered. Head into the culvert with explorer Daedal and do battle with the demon Arcanus!

A good, old-fashioned race to the finish line all on one map. Follow the course as it's laid out, show off your platforming excellence, and complete it three times to win! 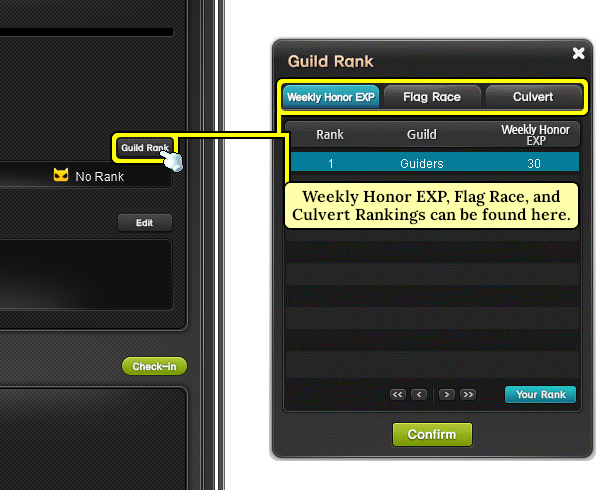 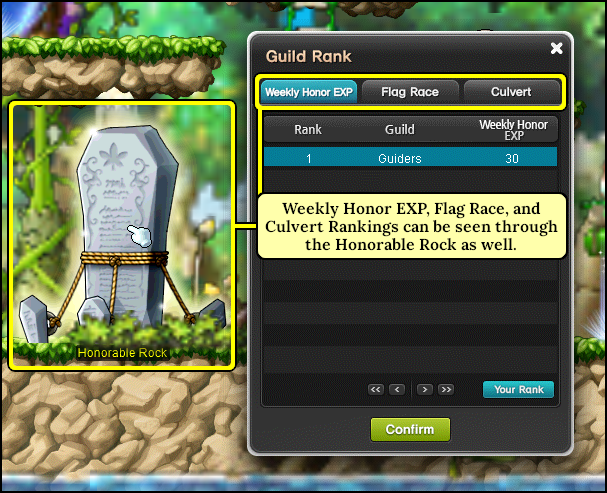 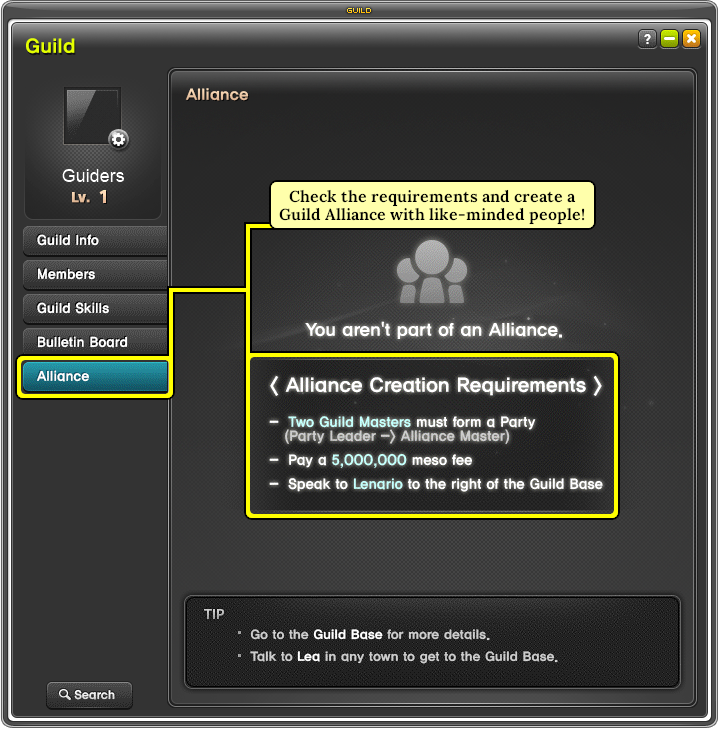 A Guild Alliance (or Guild Union) is a group created by like-minded guilds, to create an alliance of up to 5 guilds. When you become a Guild Alliance, you can chat through Alliance Chat even between different guilds.

How do you make a Guild Alliance?

You can create a Guild Alliance through Lenario in Guild Base: Hall of Heroes.