Get Stronger With The Legion System

Grow your characters and earn buffs when you join the Legion System! This new system is replacing Character Cards and Part-time Jobs. It helps you grow all the eligible characters within the same world, so that everyone gets stronger together! 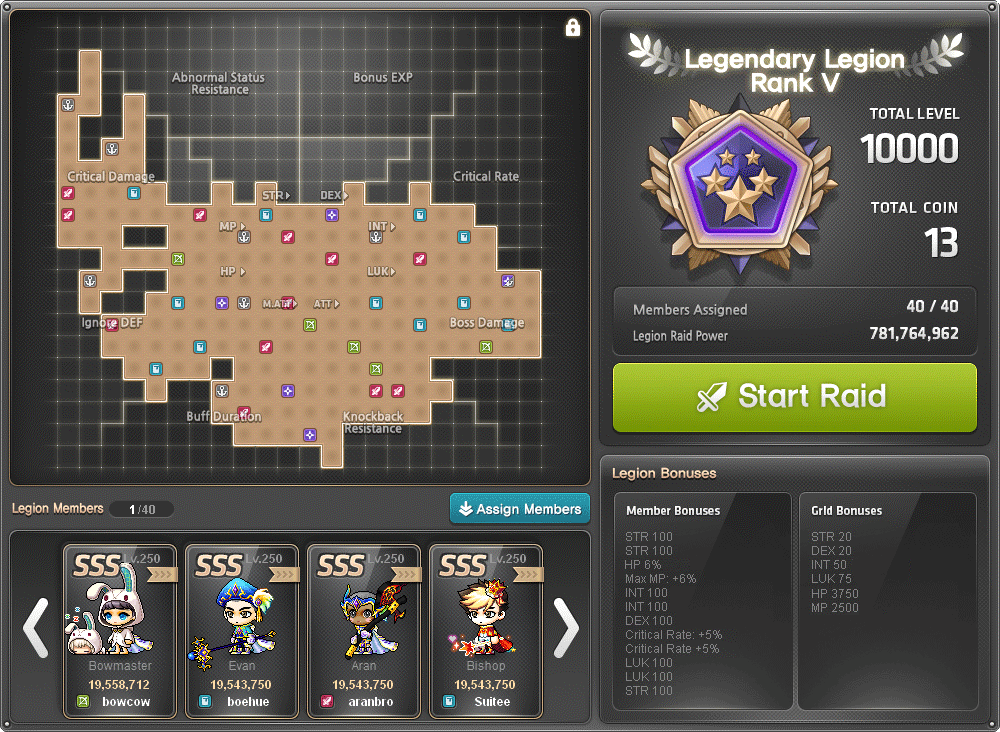 The Legion System is open to characters Lv. 60 and above (Lv. 130 and above for Zero characters) who have completed their 2nd job advancement. As part of a Legion, your characters can become Legion Members and be given specific places on the Synergy Grid. 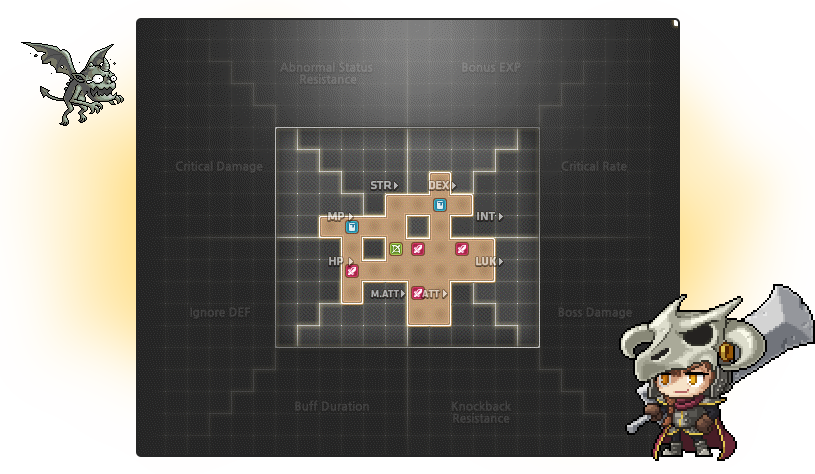 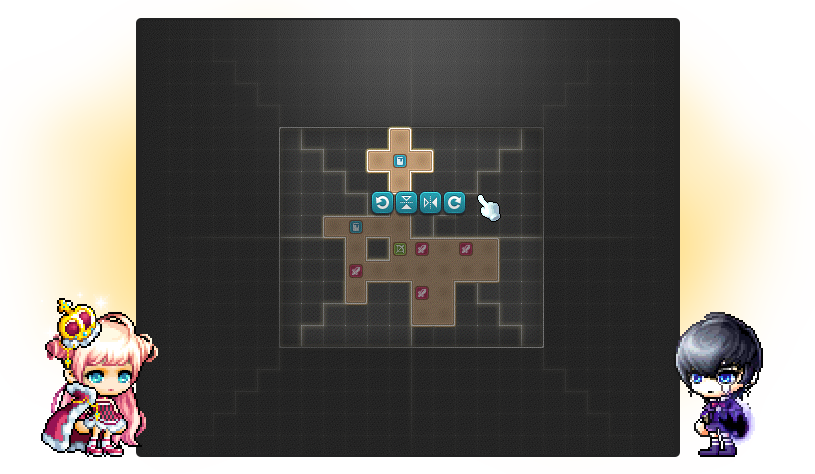 Each of your characters that gets placed on the Synergy Grid has certain member bonuses based on their job and rank. Bonuses include increases to STR/DEX/INT/LUK, percent of HP and MP, percent of boss resistance, and more. Grid bonuses and member bonuses will be applied to all the eligible characters within that world.

There are four tiers in the Legion: Nameless Legion, Renowned Legion, Heroic Legion, and Legendary Legion. Each tier is sub-divided into four ranks.

In addition to leveling up and gaining stat effects, your characters can participate in the Legion Raid! When you join a raid, you will be able to control one character, and the rest of your Legion Members from your Synergy Grid will be controlled by AI. Everyone needs to attack the fierce dragon that appears in the map! It also spawns smaller dragons, so look out for them as well. Your damage will depend on the attack power of your characters. The boss has two HP bars—one for its regular HP (which you can damage) and one for its shield HP (which your AI Legion Members can damage).

As you do damage, you’ll earn Legion Coins which you’ll need for advancing your Legion ranking. You can also use them to purchase buffs, scrolls, growth potions, and more from the Legion Coin Shop.

Depending on how many Legion Coins you earn per week, you may find yourself a spot on the weekly Legion Coin Collector ranking! If you rank within the top 100 characters, you can earn rewards such as chairs and mounts. 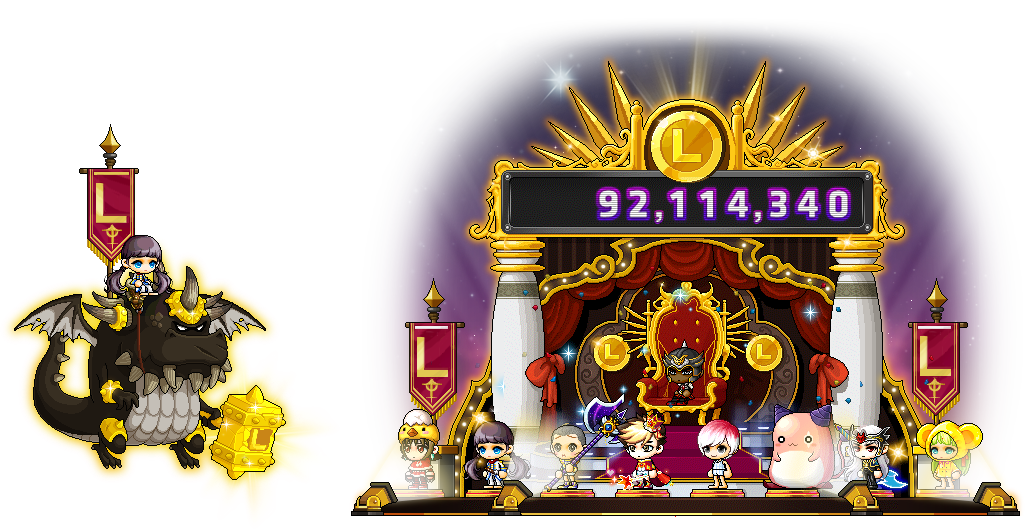