Take part in themed events from the popular Evangelion anime movies! A laboratory incident creates an inter-dimensional rift that allows the heroes of Evangelion to come to Maple World. Prepare to meet Evangelions, the amazing heroes that pilot them, and invading Angels in this special limited-time crossover event!

Dr. Kim is doing his best to help out the pilots from the other dimension. You can help too, by completing three daily quests from Dr. Kim! Players Lv. 33 and above can begin by accepting the quest ‘[Evangelion] Dr. Kim's Request’ from the event notifier on the left side of the screen.

Omega Sector is low on power after the incident in the lab. Hold onto the empty battery for 30 minutes to fully charge it up. You also need to help repair the Evangelions by collecting special alloys from monsters within your level range (20 levels below and 20 levels above). Dr. Kim also needs you to activate Runes to unleash magic that will be used to help move the Evangelions and their pilots.

Each time you complete a daily quest, you’ll receive an EVA Coin that you can use to trade for items in the Coin Shop. Complete each quest multiple times to earn additional coins. 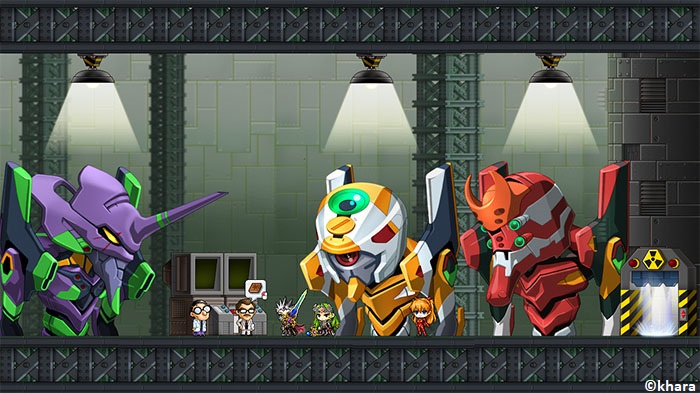 The Evangelion pilots are unfamiliar with Maple World, and are curious to know more about it! Each pilot has a daily request for you to fulfill so that they can learn more about Maple World. Accept the quest from each Evangelion pilot from the event notifier on the left side of the screen to begin.

Shinji has heard about the brave fighters in Mu Lung Dojo, and wants to hear more about your adventures there. Complete Mu Lung Dojo up to the 5th floor twice and tell him all about it.

Asuka thinks that you should work on your training. Complete Monster Park twice to show Asuka that you’re serious about staying in shape.

Complete each of the three requests to earn an EVA Coin. Complete each quest multiple times to earn additional coins, as well as a special gift from each pilot.

The experiments of Alien X have summoned beings from the world of Evangelion into Maple World. Every 2 hours, monster-like Angels appear will appear!

Because it’s smaller and weaker here, you should be able to take it down if you work together with other players. Defeat the 4th Angel within the time limit, and you’ll earn EVA Coins. 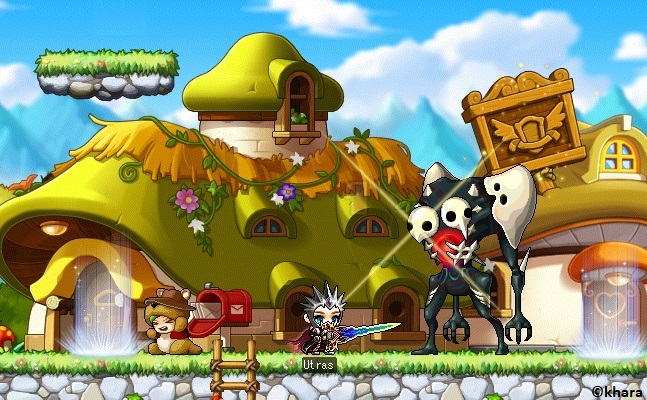 The 6th Angel appears in Omega Sector, and is still at its full strength. You won’t be able to tackle this Angel directly, and will instead need to use the power of the Evangelions to destroy it. The Evangelion pilots have a powerful weapon called the Positron Rifle, but it’s difficult to aim and they need your help. 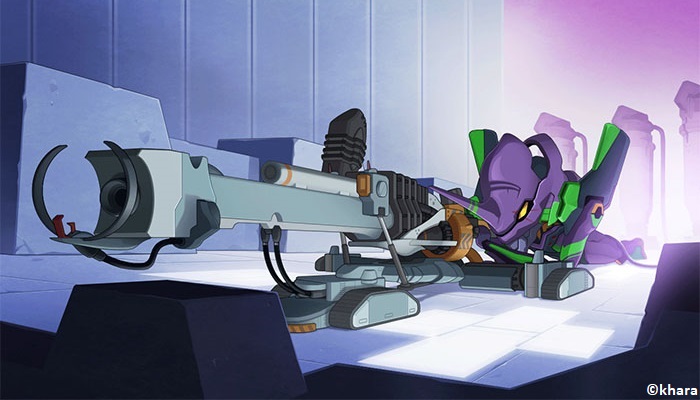 Accept the quest ‘[Evangelion] Eliminate 6th Angel’ to move to the event map. Enter the correct directional keys as they appear in order to help the Evangelion pilots aim the Positron Rifle at the 6th Angel!

If you enter the correct directional keys, you’ll move to the next step, which goes even faster.

Depending on how many steps you complete, you’ll receive a grade from D to SS. The higher your grade, the more EVA Coins you’ll receive from Dr. Kim at the end of the event. This event can be completed twice per day.

As you help out the Evanglion pilots and Dr. Kim, you’ll receive lots of EVA Coins! Save them up and then visit the Evangelion Coin Shop run by NPC Porter. You can trade your coins for limited-time themed items including a chair, android, and titles! 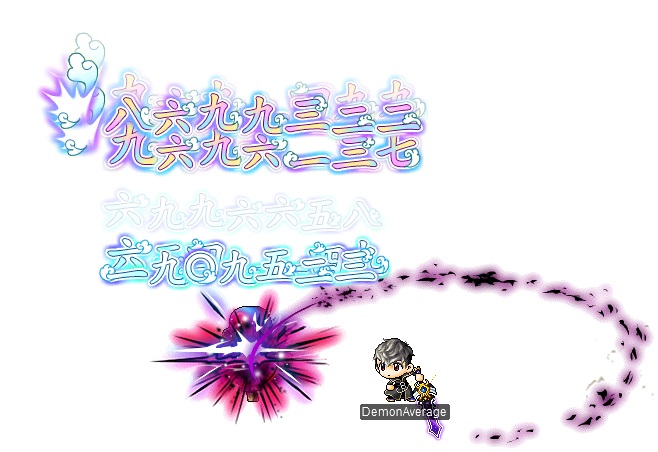 Cash Shop Update for May 15