On Saturday, April 14th, we welcomed MapleStory players to MapleStory Fest, a day-long celebration of everything Maple! If you missed it, you can check out everything that happened on the main stage with the Twitch video, but here are some of the highlights of MapleStory Fest's epic event!

13 Years of MapleStory and Counting!

In the spring of 2005, a little game called MapleStory arrived to North American shores, kicking off a craze that hasn't died down in the decade and change that's followed. With over 4,700 days clocked since that day, the MapleStory team couldn't help but look back at some of the impossible numbers Maplers have reached!

It wasn't just about the past, however. This summer brings the Ark update to Maple World with a veritable bevy of content and improvements, including:

The MapleStory developers talked about all of that and more, including the content creation process for MapleStory. Check it out in the video below!

MapleStory 2 is coming, with a Closed Beta arriving quickly on May 9th! You can sign up for the Closed Beta right now, and be sure to take a peek at the official unveiling of the upcoming adventure below!

We didn't just announce a new dimension in Maple World and call it a day, however. Many of the people behind the scenes of MapleStory 2 stepped out of the shadows and showed off some of the content you'll be able to experience in MapleStory 2!

MapleStory 2 will hit Closed Beta with an array of classes, each with their own story to tell and their own way of clearing Maple World of enemies, and CMCuddles was there to show them off!

We also brought out Sean Chiplock, a veteran voice actor with dozens of credits to his name, to talk about his portrayal of one of MapleStory 2's initial classes, the Berserker!

MapleStory 2's community manager, CMCuddles, also went over some of the biggest features in MapleStory 2, the housing, customization and designing systems that let you customize your MapleStory 2 experience as much as you can!

The developers of MapleStory M were also here to show off their progress in creating a version of MapleStory you can take anywhere you want! After a massive beta earlier in the year and countless pieces of feedback, MapleStory M is still going strong and aiming for a release later this year. Check out their full segment in the video below!

The MapleStory Community out in Force 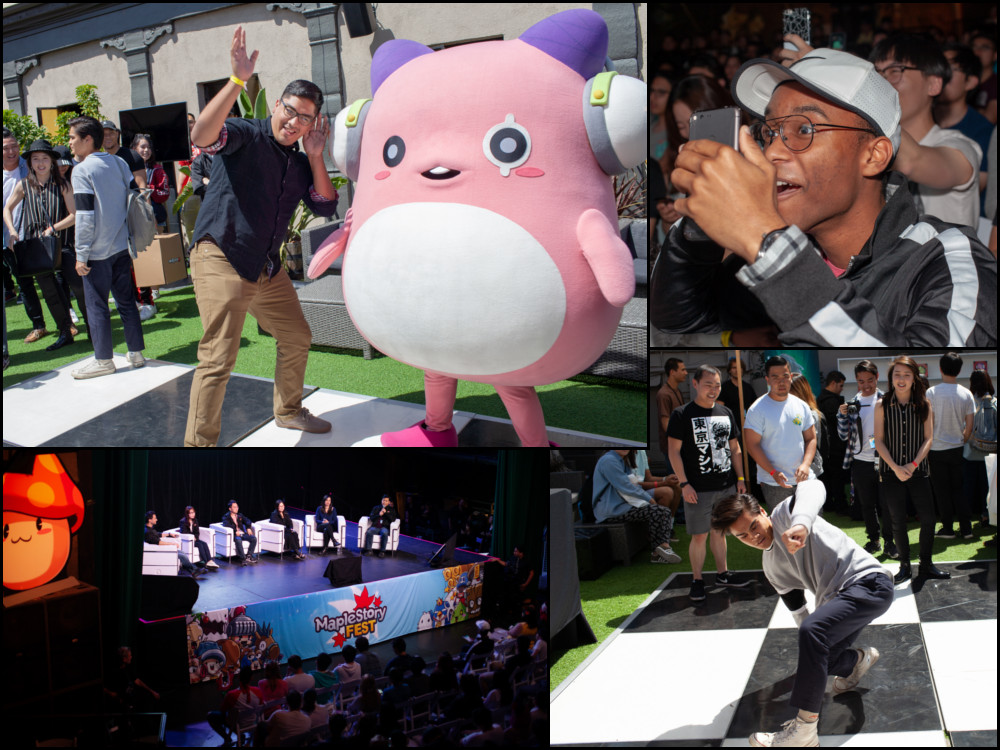