The adorable monster Pink Bean returns to Maple World! For a limited time, play as Pink Bean and earn special rewards. Master unique skills, complete the missions in Pink Bean’s Secret Diary, and get your bean to Lv. 100 to receive a special gift box! 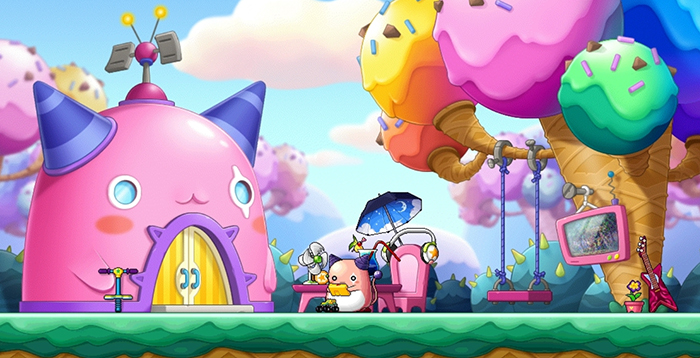 Tricked into entering a portal to Henesys by its rival Black Bean, Pink Bean is available for character creation in all worlds from May 9 to June 19 (UTC). Pink Bean relies on STR as its main stat and can use the same equips as Warriors. 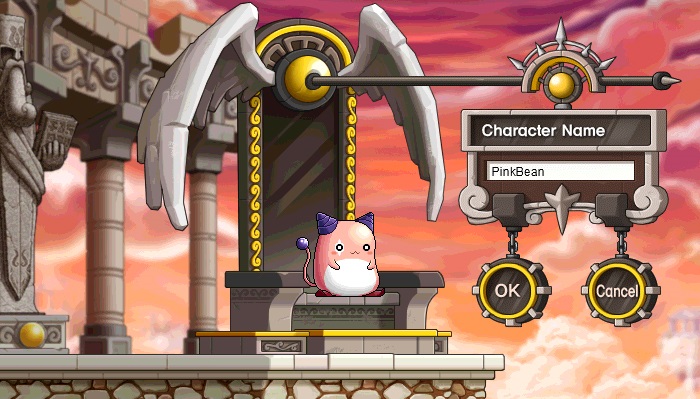 Embrace the Pink Side

As you level up your bean, you’ll unlock new skills! These powerful skills increase as you level up, and you don’t need to allocate Skill Points. Check out a few of its favorites, as well as an exciting new skill, Pink Bean’s Tutu!

While Pink Bean is exploring Maple world, it’s keeping a diary of its successful missions! Click the event notifier on the left side of the screen and select the Pink Bean’s Secret Diary notifier. 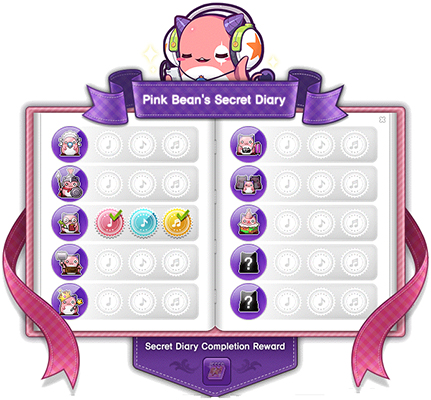 Complete multiple missions in ten different categories to earn rewards! You’ll get rewards especially for your Pink Bean character, as well as some rewards for your other characters. Just log in with a non-bean character, and select the reward you want from the Pink Bean’s Secret Diary notifier. Each reward is available once per account.

There are also some hidden missions that Pink Bean can discover to earn additional rewards! Check out the rewards below, where the missions are marked as “Secret”. 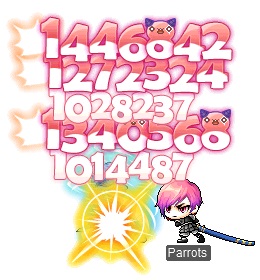 Complete all of the missions and receive a special title:

Level your Pink Bean character up to Lv. 100 to receive the Pink Bean Gift Box which is stuffed full of special rewards! You can receive the gift box once per account. Open the box to discover:

The Limitations of Pink

There are some limitations to Pink Bean’s abilities:

Get ready to join the battle against the Black Mage with these exciting events!