The Adventures of Captain Vaga

Enjoy the adventures of Captain Vaga in this prequel to Stellar Detectives. Players Lv. 33 and above can begin by accepting the quest '[Captain Vaga] Into the Stars' from the star event notifier on the left side of the screen. 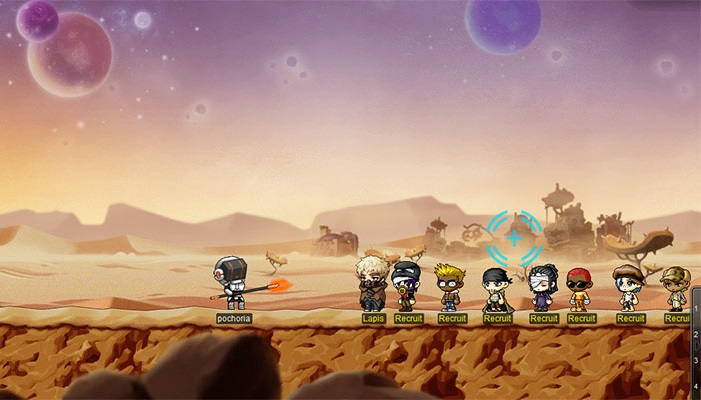 In this new adventure, you will get an inside look at PULSAR, the notorious organization from Stellar Detectives. As a new recruit, you must advance through the ranks of the company by battling monsters in a new type of mini-game combat.

Practice your combat skills against Soldier Bugs and Flying Bugs! Movement controls are different than what you may be used to. Use the A and D keys to move left and right, and use the space bar to jump and double-jump. The mouse is used to attack with weapons (left-click to swing/fire, right-click to aid in aiming). Prepare to aim and shoot at oncoming enemies! 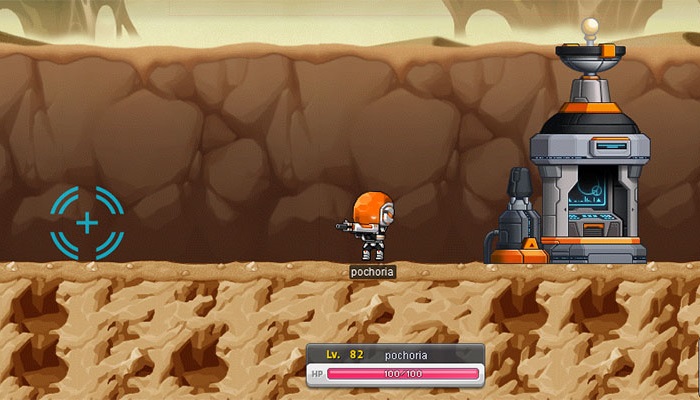 You’ve got some potent weapons at your disposal, such as:

Those monsters don’t stand a chance against you! 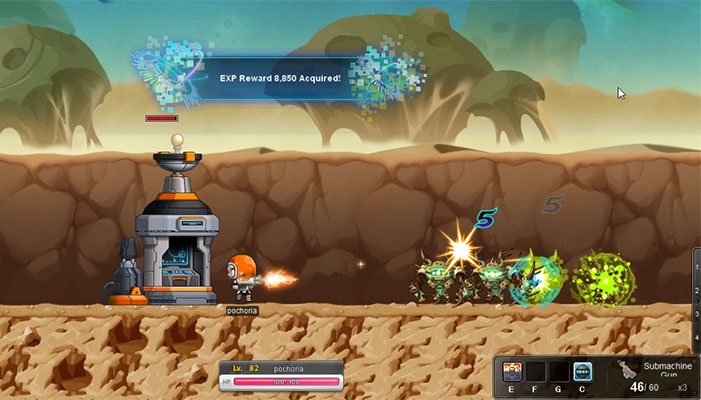 Successfully complete various missions to earn promotion points, EXP, and Credits! You can attempt up to 20 missions per day. Earn enough points to be promoted to the next rank. There are 15 different ranks, and you can advance all the way up to Elite. 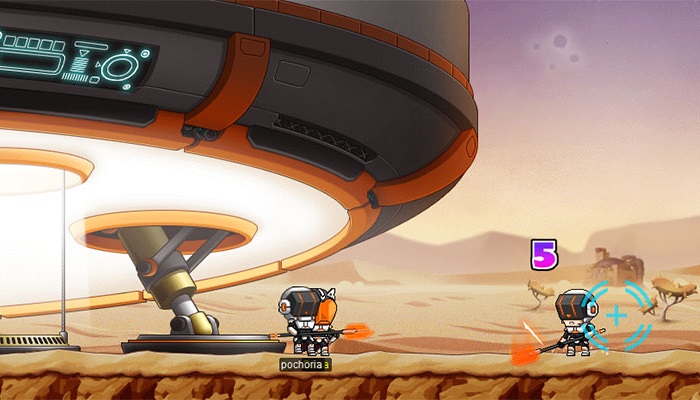 As you advance, you will unlock special equipment including: 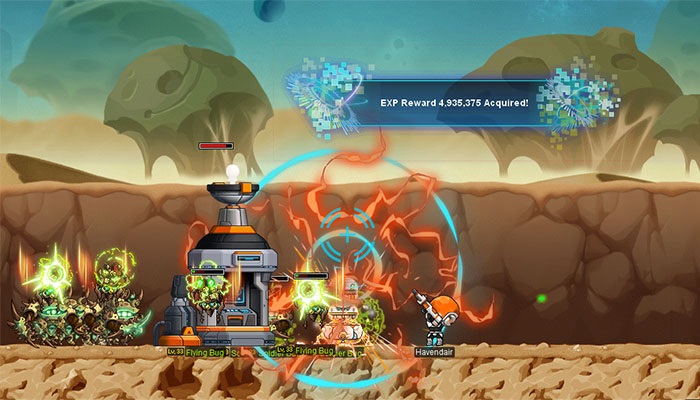 As you get promoted through the ranks, you can upgrade weapons, tactical equipment, and support abilities to a max level of 3.

A solider needs to eat! Complete missions to earn rewards such as Credits, which are used to upgrade your equipment and purchase tasty buff food from the Mess Hall. Each of the Mess Hall meals grant a benefit for 10 minutes.

You can also use Credits to purchase restorative items, potions, trait items, and a Captain Vaga Chair! 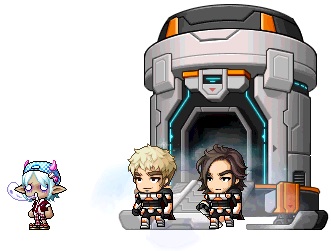 Complete all the missions to receive a special medal: