It's almost time! The third MapleStory Fest's festivities will begin on our Twitch channel starting on Wednesday, November 11 at 11:00 AM PST (8:00 PM CET / 6:00 AM AEDT Nov 12)! Come celebrate the legacy of MapleStory in the safety and comfort of your own home, participate in trivia contests, compete with other Maplers in cosplay and fan art contests, and learn more about what's coming soon to MapleStory and MapleStory M!

While we're staying socially distant for the whole event, you'll still be able to enjoy the contests and exciting news from the MapleStory Twitch channel, and new players can enter the New Player Raffle now on the MapleStory Fest website to win special in-game prizes during the event. We'll also be holding as special GM Event during MapleStory Fest, held on all worlds! 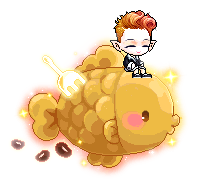