[Update Jan 27] Updated the below message to include 'as long as you remain logged in'. Players who re-log in will automatically be moved to the World Leap Zone map.

After the Burning effect elapses, you will still be able to gain EXP and levels, and work your way to Lv. 150, as long as you remain logged in. However, the additional EXP and Bonus Levels will no longer be awarded. Please keep this in mind if you a few characters remaining you want to get ready to leap!

As the saying goes, the light that burns twice as bright burns half as long, and Burning World's flame is drawing to a close. However, while this new world is soon to be consumed, a new life awaits your characters in the other worlds of MapleStory! 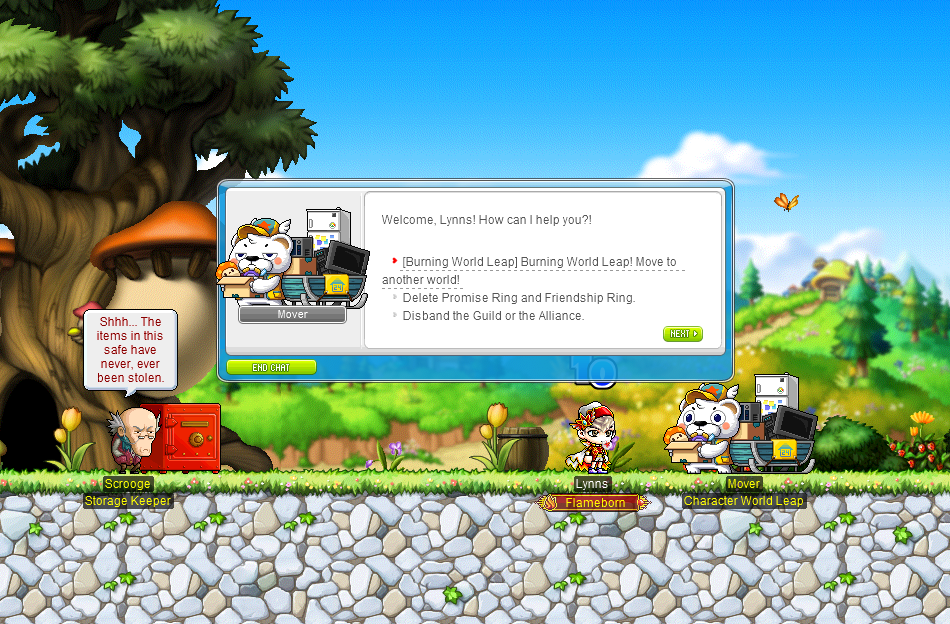 Lv. 150+ characters on Burning World will be allowed to leap to another non-Reboot world of your choosing during the World Leap period, taking their equipped items, inventory, and mesos with them to join their new communities. When this period begins, all Burning World characters will be moved to the Burning Leap Zone map, where they will be able to speak to the NPC Mover to complete their exodus.

[Resumed] Shop at the Magic Wagon!

[Update 4:30 PM Jan 21] The Magic Wagon has resumed, and will now run until our maintenance on Fe...

We will be performing a scheduled Burning World maintenance on Wednesday, January 27, 2021 at 11:...