Back in December, with the Awake: Flicker of Light Update, we released a big new feature, the Legion Arena! This new battle system allows you to face your legion of high-level characters off against your fellow Maplers' well-trained characters... but where's the fun in such a competitive system without a leaderboard? 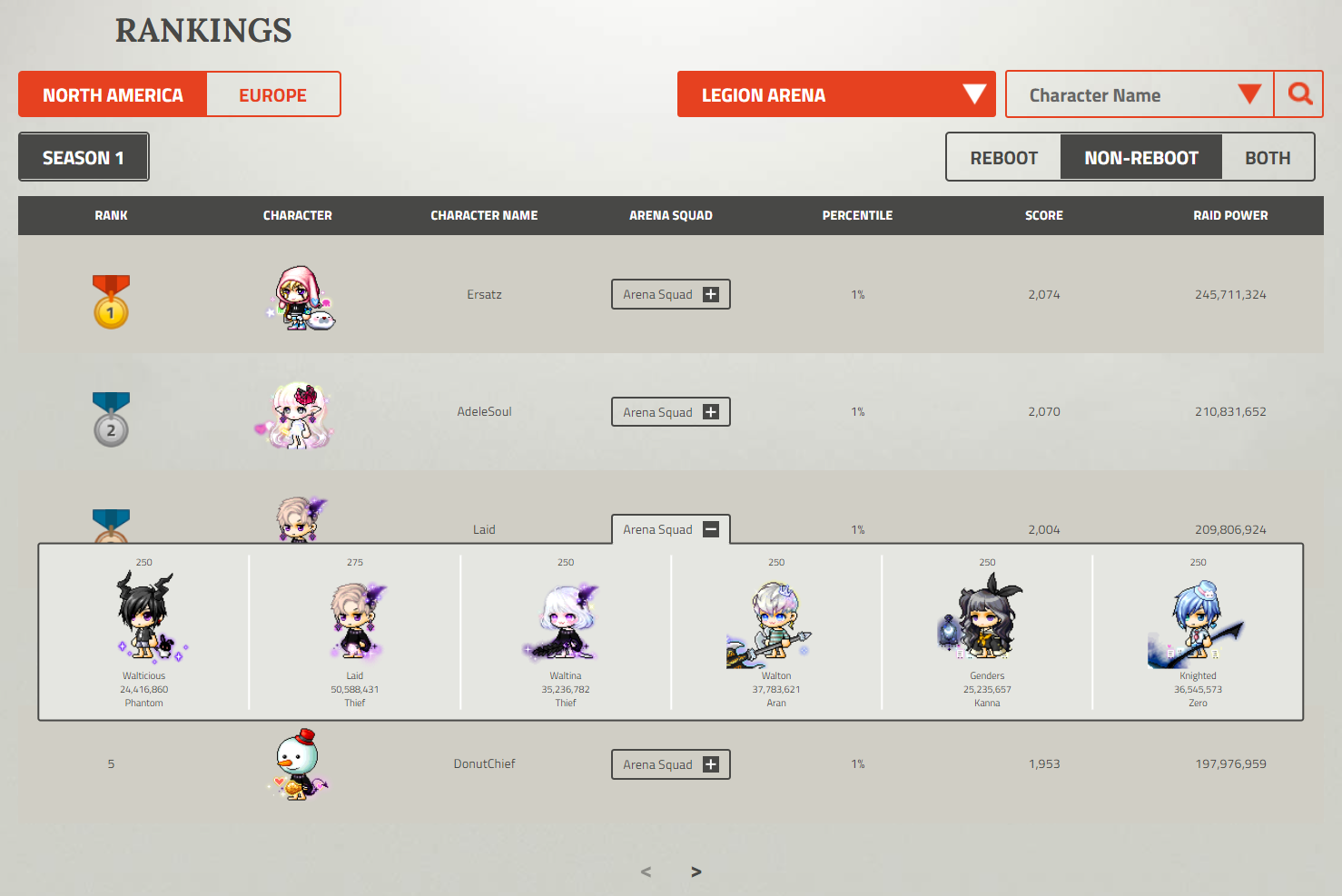 The Legion Arena has been added to the MapleStory website's Player Rankings page, allowing you to compare your battle members to other Maplers, see how well everyone's been doing, and spot which Maplers reign supreme! Check it out now, see everyone's power, and keep training up your legion!