For today's edition of What's Your MapleStory, we spoke to oDrBui, who shares their favorite memories and adventures with their friends!

I started playing MapleStory in 2007, so I have been playing for around 14 years now. I remember my best friends in elementary school invited me to play with them. I'll never forget the spark of excitement I had browsing the roster of available Explorer jobs to choose from. I still remember the day my first character, a Magician, arrived by boat from Maple Island onto Lith Harbor. Although I was just level 8 at the time, the Maple World was my oyster! And I have adored MapleStory since, making wonderful memories throughout the years. 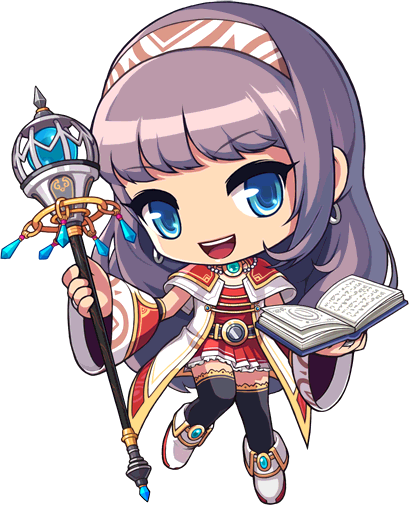 My favorite job is none other than the beautiful, beaming, benevolent Bishop. Branching into the Cleric job was an easy choice for me because I loved their theme and animations. I suppose strong recommendations from my friends wanting party buffs and utility influenced my choice too. It was so much fun training with the heal spell at Zombie Mushrooms, and then later at Dreamy Ghosts with our best pals, the Dragon Knights. Reaching level 120 was a very exciting time because I loved the 4th Job skill, Genesis, and being able to resurrect allies was game changing. After the most recent updates, Bishops can take matters into their own hands even when they are fighting alone. I love smiting hoards of monsters with my tremendous holy powers just as much as I love supporting the team from the backlines.

Some of the strongest and most heartwarming memories I have in MapleStory would be training in parties of 6 people back in 2008. Whether it was the clamorous "clack, clack GRAW!" of the Stumps in Perion, the satisfying squish of the green Slimes in Ellinia, or all of the above in the boisterous Henesys Hunting Ground 1, the sights, sounds, and classic music of MapleStory maps will always have a special place in my heart. Now, even more recent maps give me a nostalgic feeling, such as Chu Chu Island because I have not been there in a while, and I made my best friend in the whole world there! It feels like just yesterday we were scrambling to satisfy the insatiable hunger of hungry, hungry Muto!

When I first started playing MapleStory, I remember putting Strength on my first Magician because I was unaware that specific jobs needed specific stats. I had also rolled for Strength on the dice roll during the character creation. I even chose Magician equipment that gave Strength because I didn't know different colors of gear gave different stats in the early levels. My peers during that time eventually convinced me to start a new character, and so my first main character, a Cleric (with Intelligence!) was born. Goofy blunders aside, some of my fondest early memories in MapleStory include the bustling Free Market, party questing with wonderful friends, and the event maps during the holidays. I can't help but think back and smile about how we used to do things like scour hundreds of Hired Merchants in the Free Market, track each other to enter the party quest in Ludibrium, and use potions in Happyville to transform into things like an adorable Baby Husky or a hilarious blank-faced Straw Doll. 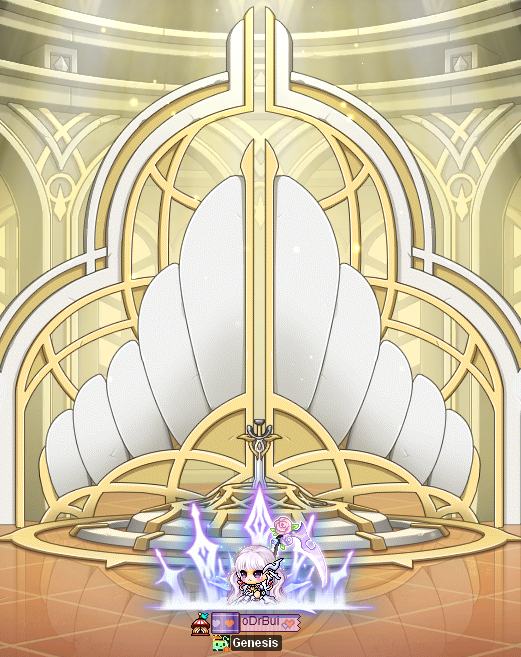 Firstly, I would say to make beautiful friendships with other people. The social and teamwork aspects of MapleStory have always been very enjoyable for me, especially after I met my best friend in Ardentmill! So even if I strut down Henesys in an ugly outfit, or stall a Will run by failing the test six times in a row, my comrades will always be there to pick me up. (Right guys?!) Second, I would recommend playing MapleStory full screen and with the volume on. If you have not tried this already, it's breathtaking! The music and artwork in MapleStory are so catchy, lovely and immersive. Finally, MapleStory is your story! There's no right way to play and lots of diverse content to explore to achieve your goals in different ways. The best jobs and content to explore are the ones you enjoy the most, and the right pace to progress is your own! Do what you love in MapleStory. There is no right way to play. For some it's leveling, or making Mesos and for others it's fashion, collecting monster cards or unlocking achievements. Personally, one of my favorite things to do in MapleStory is reading the quirky and immersive quest dialogues with friends and pretending to voice act the characters. Cherish every memory! It's your story! 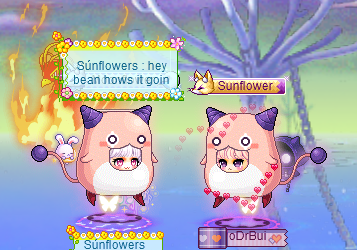 The maintenance has been completed and we have extended Cash Shop items for 4 hours. Please resta...

We are currently investigating the NA Reboot channel crash issues that started November 24 at 5:0...