For today's edition of What's Your MapleStory, we spoke to Rivalkyrie, who shares their love for Demon Avenger and Masteria!! 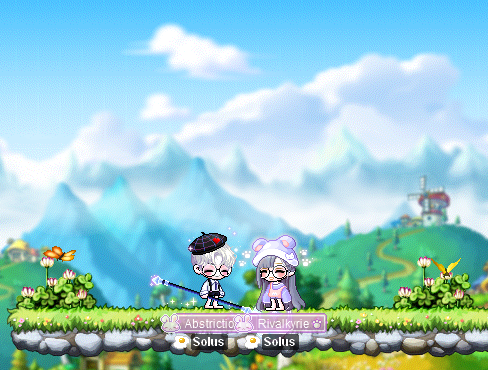 When did you start playing MapleStory?

I started playing MapleStory in 2006 when I was younger. I was intrigued by the cute monsters my classmate was hitting on the screen of their laptop. I asked them about it and downloaded the game the moment I got home. One of my friends at school, Abstriction (Randy), played with me. We would often compete to see who could reach Lv. 30 the fastest. We really connected because of the game and built our friendship off it. Since 2006, Randy and I have continued to play MapleStory together on and off. I convinced him to return with me back in November and we’ve been invested ever since!

When you hear about MapleStory, you often hear people talk about the nostalgia of it. What's nice about MapleStory today is that the essence of it is still the same. A lot of the older maps, items, and NPCs are still around so you're always welcome to visit and sit back in a map if you're feeling nostalgic. On the other hand, MapleStory today sometimes feels like a whole different game. Instead of doing party quests, I'm doing my dailies. Instead of grinding on the same map for hours at a time, I'm breaking up my grinding with Inferno Wolf and Bounty Hunting portals. The grind is still there but it's also a lot easier than it was in the past. In short, I like that the progression is different but the nostalgia is still there if I ever want to revisit. Having small breaks during gameplay makes grinding much more manageable. Additionally, travelling around Maple World is a lot quicker and easier. It’s hard to imagine today, having to wait 15 minutes for a ship to take you to another continent. There’s been a lot of changes through the years. In fact, so many that I sometimes forget that it’s the same game I played when I was younger! However, they are good ones. 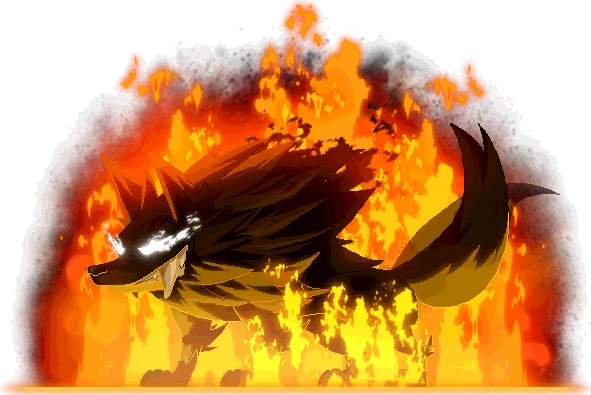 I used to walk around Henesys envious of all the cool people with different hair, eyes, and NX. I wanted to be like them so bad! When the Amoria Beauty or Beast event came out, I spent hours levelling characters so that I could have a shot at some nicer hairs. I heard that it was possible to get a certain type of hair, so I made lots and lots of different characters in hopes of getting it (spoiler alert: I never did). I remember spending long amounts of time gathering 25 squishy liquids so that I could get my hair change. I remember getting double the amount of squishy liquids so that the next time I trained a character, the quest items would be ready to go. Unfortunately, I have terrible luck with EXP/RNG. It was always heartbreaking to spend all that time training just to get a bowlcut in the end, but I always had fun and the excitement of it pushed me through. Couple years later when Canada started to offer NX cards in stores, I was finally able to EXP my hair (and not those free ones from the quest!). It was a big deal back then - a chance for me to stand out from the rest, to be one of those people I always wished to be... but as usual with my bad luck, it would always take me 5-10 tries before I got the hair I wanted. I had a friend who would come with me on long boat rides from Ellinia to Ludibrium just so that he could watch and drop mesos for extra good luck. My friend still plays and watches me EXP to this day but now it's a little easier to get around and we run style surprise style boxes in addition to hair and eyes. If you haven't figured it out by now, we're really into Fashion Story!

Any advice to our fellow Maplers?

Be open-minded! There's been a lot of changes from the game that we used to remember as children or teenagers -or even from the last patch- and I think that's ok. I'll admit, it took some time to re-learn the game again and to really invest my time to come back, but being open-minded helped. I spent a lot of time over the years quitting and coming back only to quit again because I was frustrated. When I came back this time around, I was more open-minded. I looked up information I didn't know, I smega'd asking for help, and I watched YouTube videos. If I wasn't open-minded and fixated on the past, I wouldn't have been able to enjoy all that MapleStory has to offer today. Changes will come whether we like it or not but it's how we accept that change that will let us move forward. 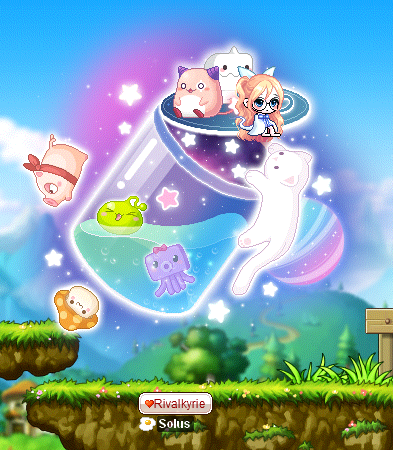 The maintenance has been completed and we have extended Cash Shop items for 3 hours. Please resta...

Pink Bean has been looking forward to Anime Expo for two years, and he's celebrating with a limit...